Interview – Jesse and the Dandelions 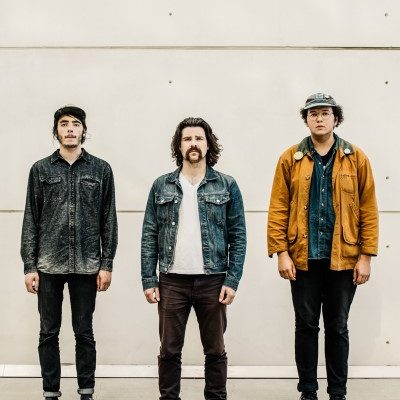 Psychedelic-pop group Jesse and the Dandelions started off in Edmonton, Alberta creating dreamy melodies and poetry-like lyrics; since the release of their 2013 debut album A Mutual Understanding their caliber continues to grow – noting radio success with CBC and campus community stations, and over 100k Spotify streams for their song “True Blue” from their sophomore release of the same name.

We had the chance to talk to lead singer Jesse Northey about the band’s third album Give Up the Gold, set for release on September 7. Check out the video for the title track from the album below and find out more about the band.

Jesse and the Dandelions is known for these ethereal/dreamy pop and indie songs; were you immersed in this kind of music growing up?

I wish! My parents gave me a steady diet of Bryan Adams, Rod Stewart, and The Eagles growing up. I gravitate towards dreamy ethereal music because it allows me to use any sound at my disposal while recording. If it sounds good, it’s allowed to make the cut! I love having a pallet of cool sounds and I like a genre that allows me to be liberal with effects like delays and reverbs.

Was there anything different about the way you approached your third album, Give Up The Gold?

This album was recorded with producer Nik Kozub (Shoutoutoutout) which was a different approach from previous records which were 100% self-produced. Nik helped us reign it in a bit when it comes to production and layers. He also added his own flavour of synth textures and upbeat drum production for a bunch of the tracks. Overall I wanted simpler chords, straight ahead lyrics that people would have an easier time getting into.

Can you tell us a little about the concept behind the music video for the lead single (and album title) Give Up the Gold?

I’m really happy with how this video turned out! We had our friend Dylan Howard from Truthful Works Film produce the traditional music video element and from there we handed it off to Parker Thiessen who is a glitch artist. Our instruction to Parker was to illustrate the sounds of the songs visually and I think he did a fantastic job. The overall project was simple and fun and turned out great!

As a Canadian artist, what excites you the most about being a part of the industry right now?

I’ve tried to spend more time travelling across the country and see what’s going on in the different cities across this huge landmass. The best part of being a musician is getting to meet all the cool like-minded people from all sorts of different places. Hopefully, I’ll continue to have the opportunity to travel and meet new folks, while sharing my music.

We heard you guys are getting ready to go on tour after the album release – what can fans expect from a live JATD show?

Dandelions fans can expect more piano ballads for sure! A lot of the songs we’ve been working on feature more heartfelt wurlitzer tracks. We’ve been honing our skills and I think we put on a really special show that represents the album well. Looking forward to seeing people out!