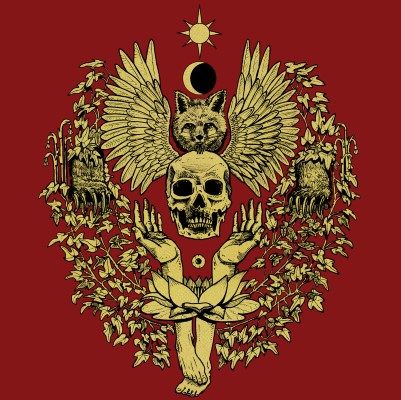 Cursed Arrows, hailing from Ontario, have released their sixth studio album Rebirth on August 10, 2018. The band have stated that they have added a third member to the band, saying it has added new care and styles to their usual spontaneous rock sound.

The sound from the beginning is very unique. They claim to be four different genres which shows throughout the songs. Some songs sound like classic rock songs while others feel like mainstream modern rock songs. “Sorrow” has a very unique beat to it compared to the first two tracks, mixing in some dark and deep lyrics.

“Oh My Life” is a haunting ballad. The female vocals are pure and deep with the foreboding drums and acoustic guitar playing in the background. During the end, an electric guitar comes in, ending the song on a higher note which then leads it right into “Eliza”.

The final track is very notable too, which is the title track “Rebirth”. Similar to “Oh My Life”, it’s more of an epic versus a ballad. The females vocals are big and powerful while the piano accompanying her voice is simple but blends extremely well. It’s a great album ending song that sums up the whole album great.

For a sixth album, it’s interesting to see a band decide to change up their style so late into their careers. I can see why they did it, as a third band member coming into their solid 2 person line up will have a whole new perspective on everything the band has. It shows that Cursed Arrows are still improving, growing and marking their spot on the music scene.