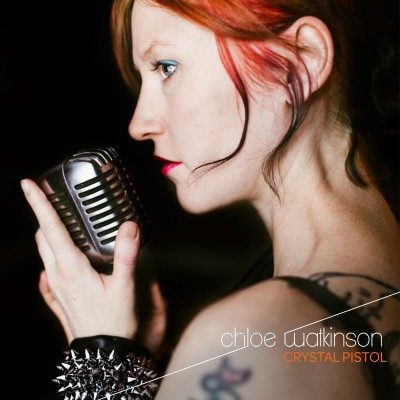 On top of the release “Crystal Pistol”, Chloe has been announced as a performer at the prestigious 32nd Women’s Blues Revue at Roy Thomson Hall in Toronto. Tickets are on sale at Roy Thomson Hall’s website. Box Office: 416-872-4255. TBS Charter Members and equivalents can contact the TBS Office at 416-538-3885 or viainfo@torontobluessociety.com to retrieve the required promo code access to 20% discount. | http://torontobluessociety.com/womens-blues-revue/.

Check out the single below, and find out more about Chloe in our Five Questions With segment.

Sure! I’m Chloe from Toronto. I’ve been singing since I can remember, being greatly influenced by my parents. I sing to connect with people, to see the audience feeling what I’m feeling.

I am a pretty eclectic listener, and that’s reflected in my music. I try to capture a feeling or energy rather than fit into a class of Genre. I want to tell the story of my place in the Universe, and use that story to connect with other people. I try to write songs that anyone can enjoy. Then once I have something easy to enjoy, or fun, I like to throw in some weird chords or tempo changes. Probably got that from my dad, Terry Watkinson, who played keyboards in popular Canadian band Max Webster. My singles so far feature my songwriting, as well as some other talented songwriters.

I’ll be leaving for my “Crystal Pistol” tour on August 26th, hitting Sacketts Harbour, NY, NYC, and Montreal. I’m also lucky enough to be a part of the Women’s Blues Revue in Toronto this November.

When I play live, I try to give every particle of myself into the show. After overcoming some stage fright early in my career, I found that the passion I put into my live shows that something that set me apart from other performers.

Anthem-to-strength-against-madness “Crystal Pistol” which will be released this Friday, August 17th.

“Crystal Pistol was written in solidarity for the Standing Rock Protests. It’s an anthem for standing up, and never backing down. For respecting the Earth that sustains us and gives us life.”

There are too many to mention! Canada is an amazing breeding ground for artists of all kinds. I love Alessia Cara, BadBadNotGood, Bad Luck Woman, Rhonda Stakich, Angie Hilts, Blombo, and so many more!