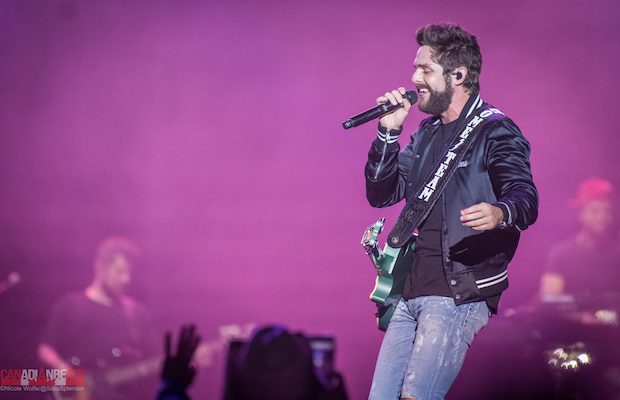 After this past weekend, it’s been seven years of successful summers full of hosting the biggest artists in country music. Boots and Hearts has become one of the biggest country music festivals in North America. No matter what line-up gets attached to the roster, fans never fail to show up and show their support and love for the music that becomes the soundtrack to their lives. 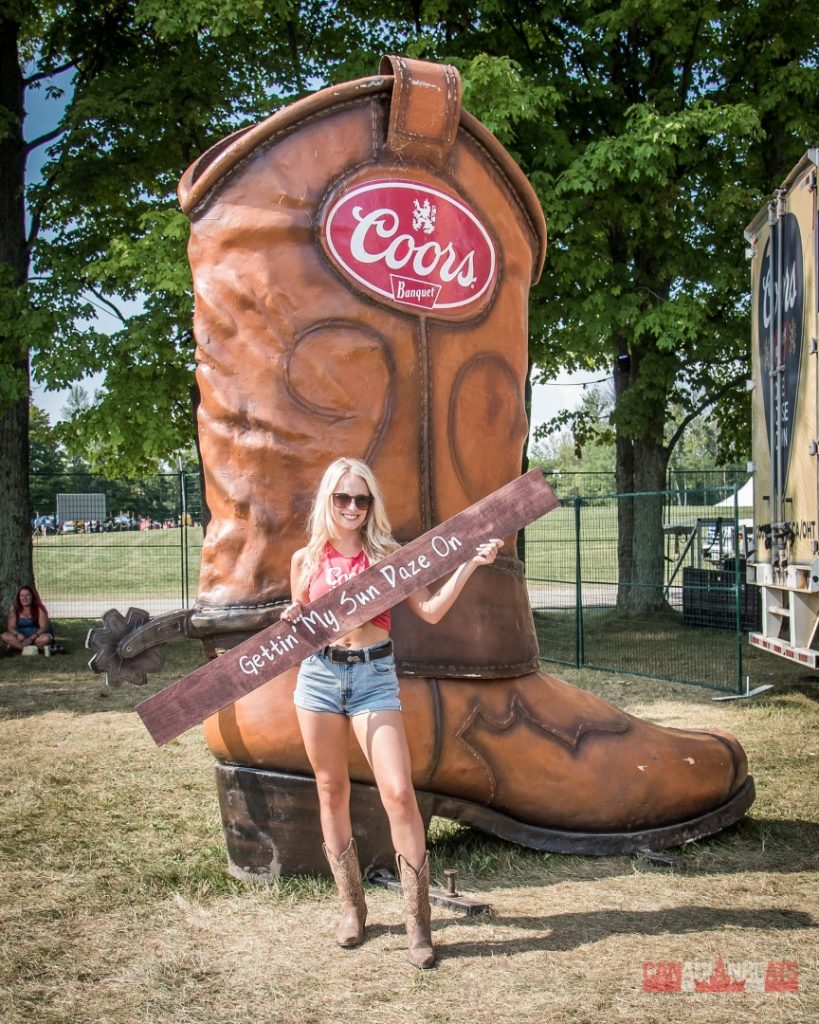 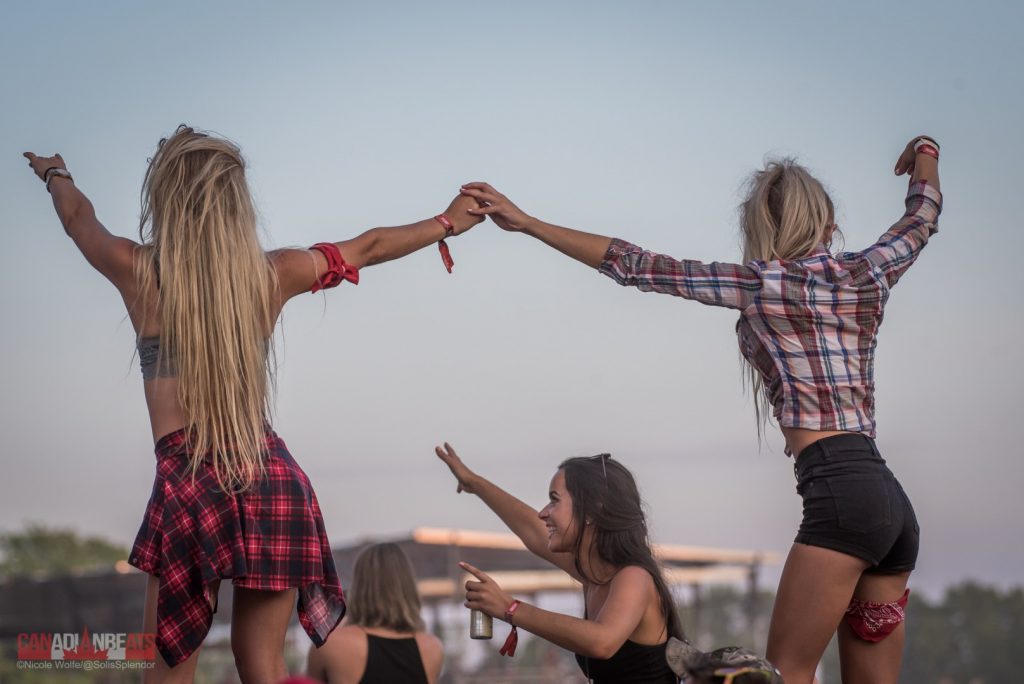 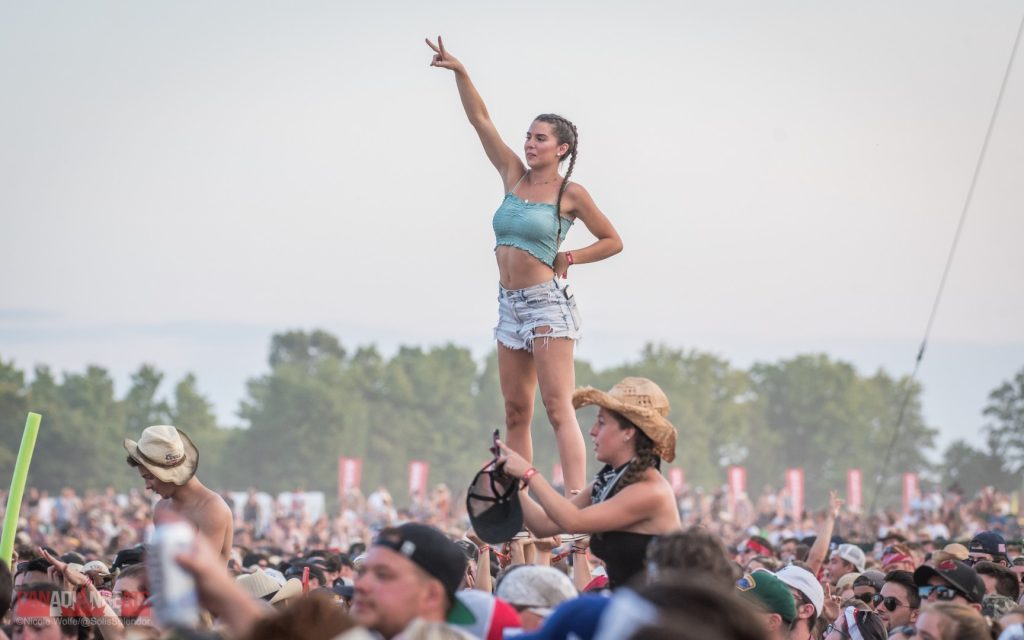 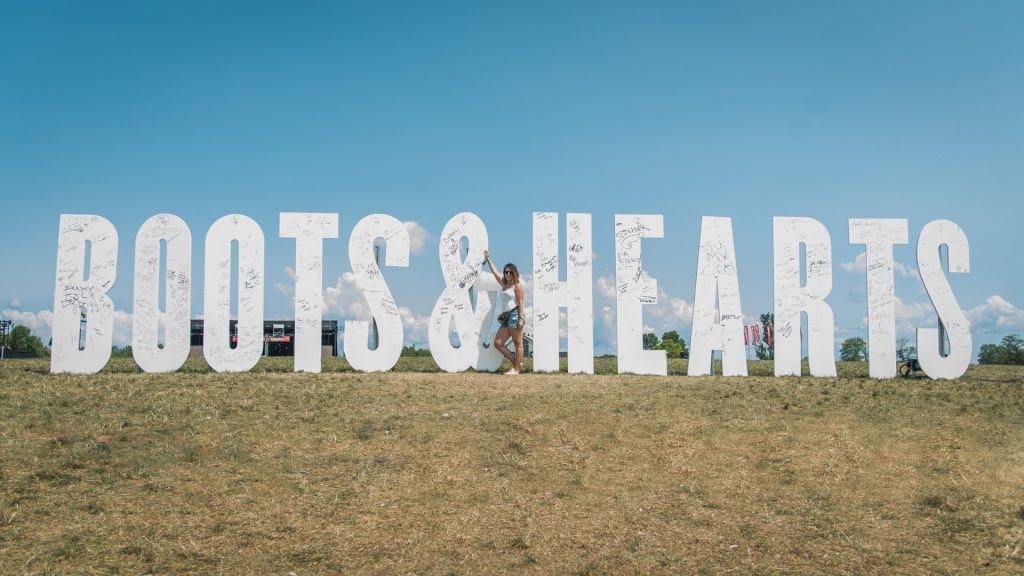 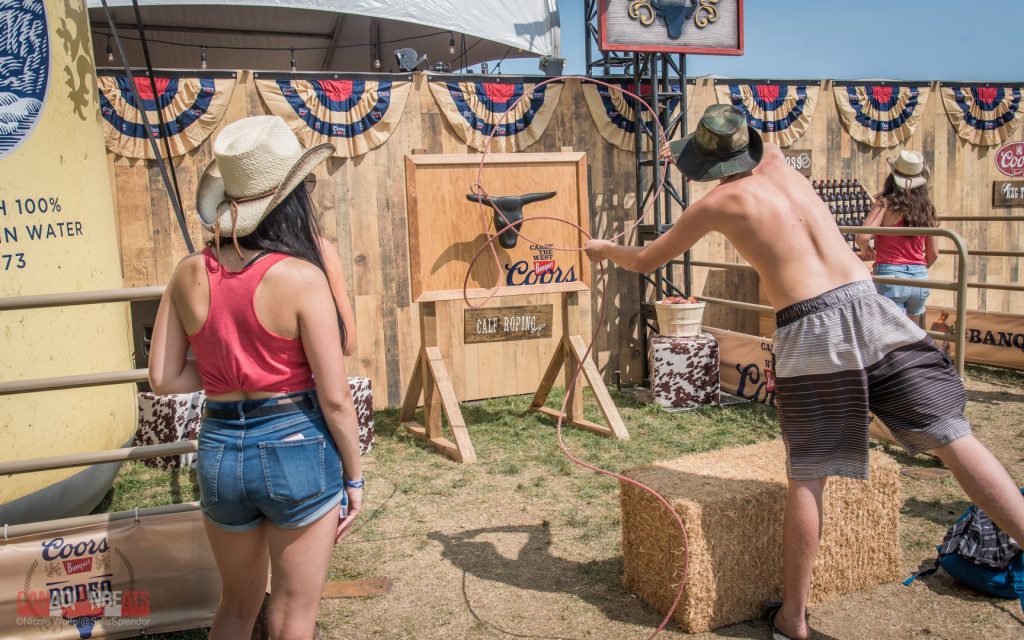 Sunday August 12, 2018 proved to be one of the biggest nights of the entire weekend. The entire line-up from the Front Porch stage to the Main stage boasted a wide array of talent that could not be ignored. Each stage brought unique talents that allowed everyone to find something to enjoy. The Front Porch stage hosted some of Canada’s top talent throughout the day. From Andrew Hyatt and Genevieve Fisher, to Sons of Daughters, Lindsay Ell, and Walker Hayes – who probably wishes he was Canadian after playing on the same stage as these fine talents! 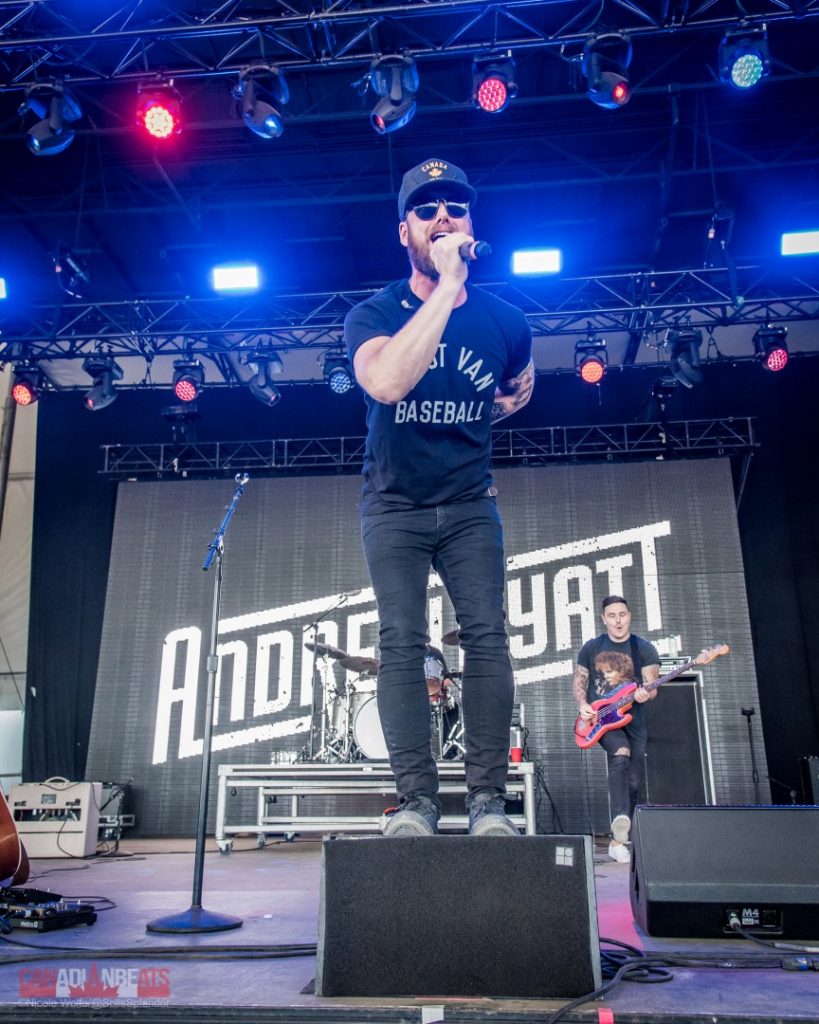 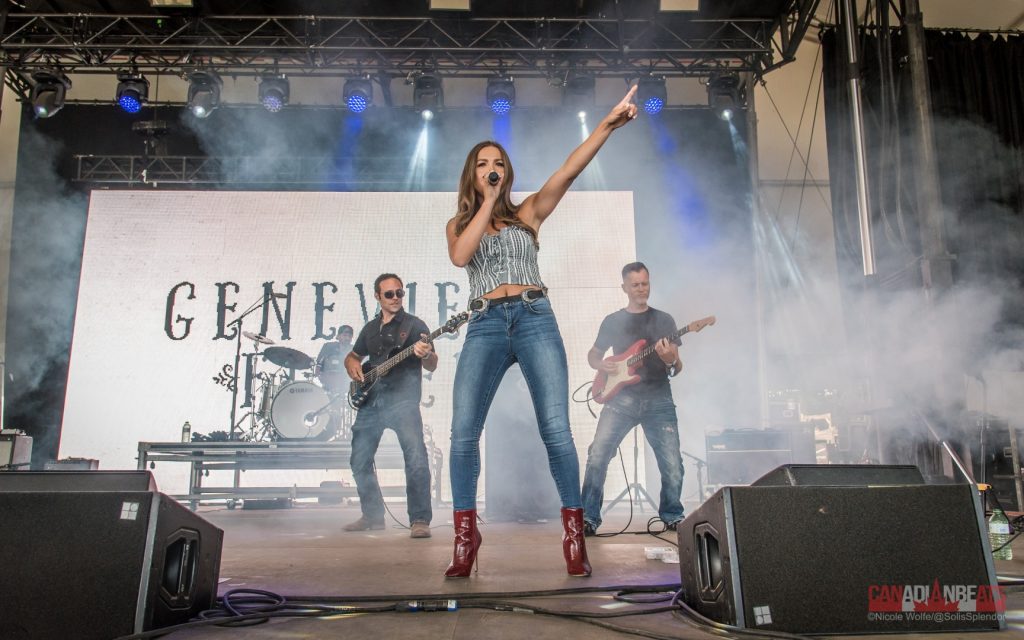 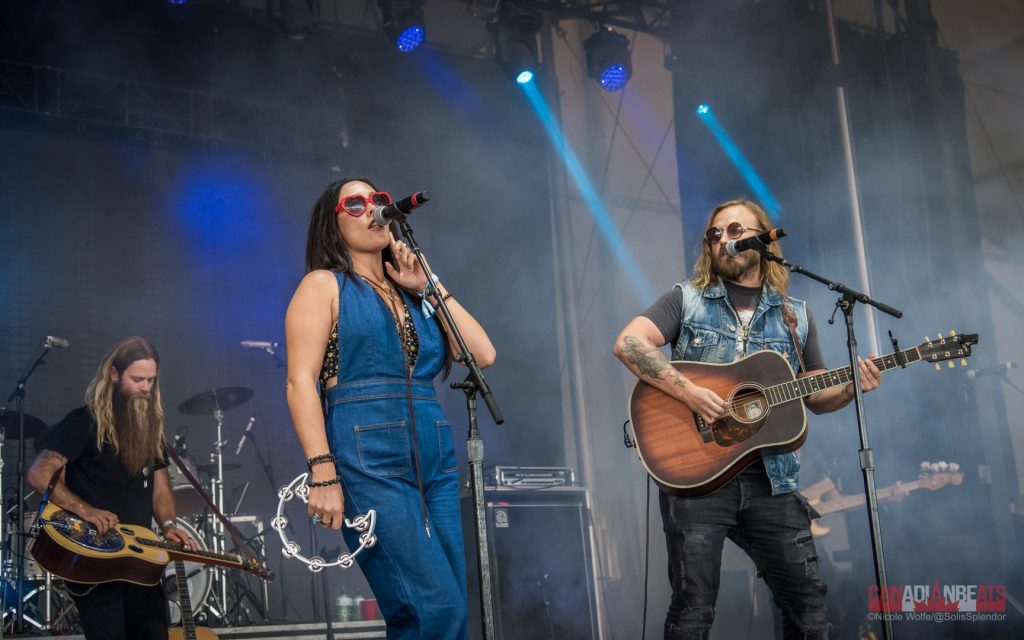 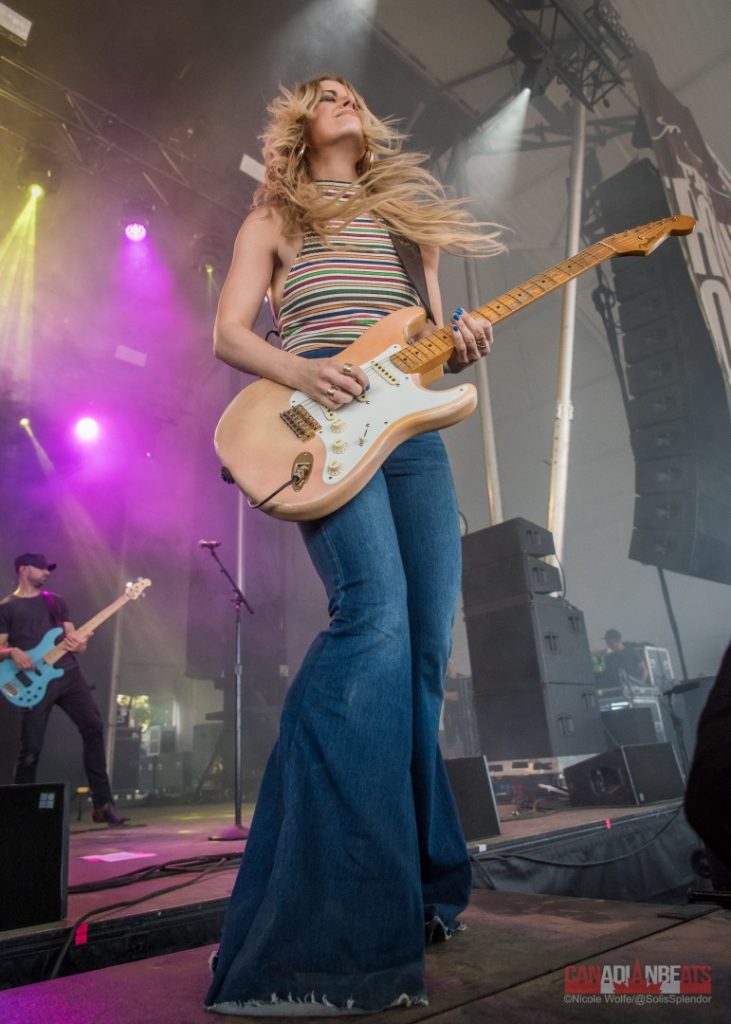 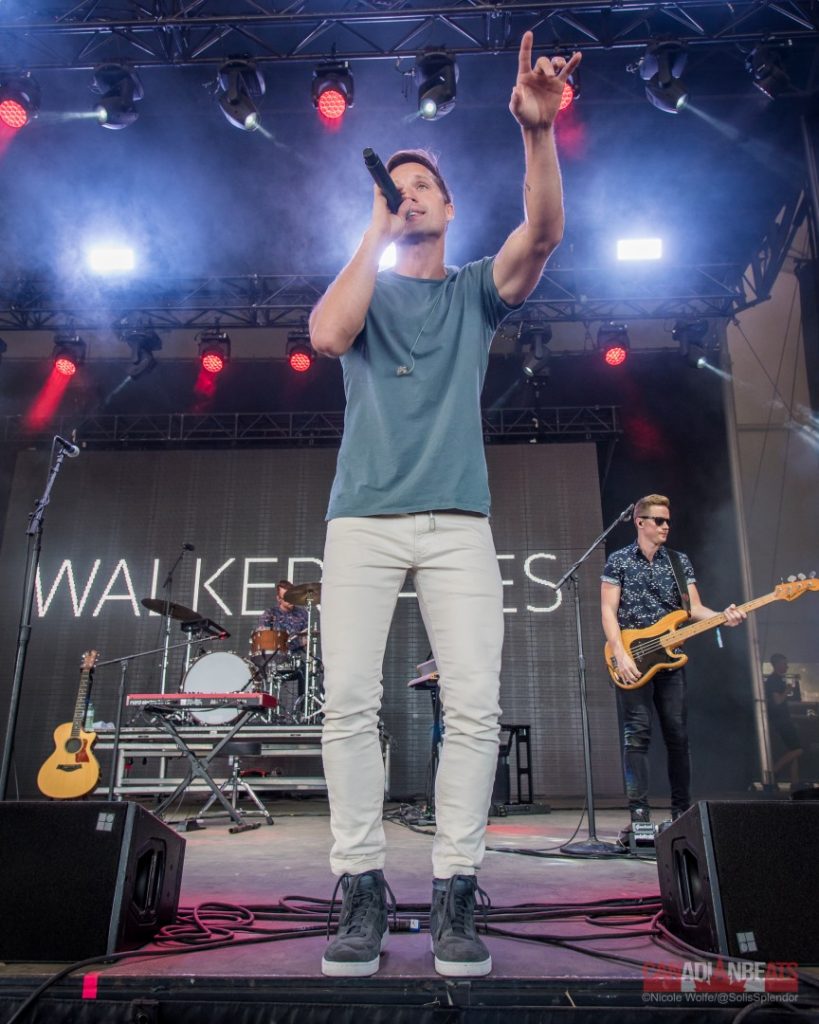 The Sirius XM House in the VIP section of the venue played host to a few more great talents throughout the weekend as well. Acts like Jason Benoit, Leaving Thomas, Jason Blaine, Meghan Patrick, Aaron Goodvin, and Andrew Hyatt among many others. The Barn was a great venue to cool off form the blazing sun, grab a drink and listen to some great music.

The Main stage started off with The Rob Watts Band, a small town band from Dalston Ontario. While they may not be as well-known, they made a great first impression on the big stage. I love finding new music to listen to and I can’t wait to see where they go in the music world. They’ve got a fun and youthful vibe with a great sound and lyrics. 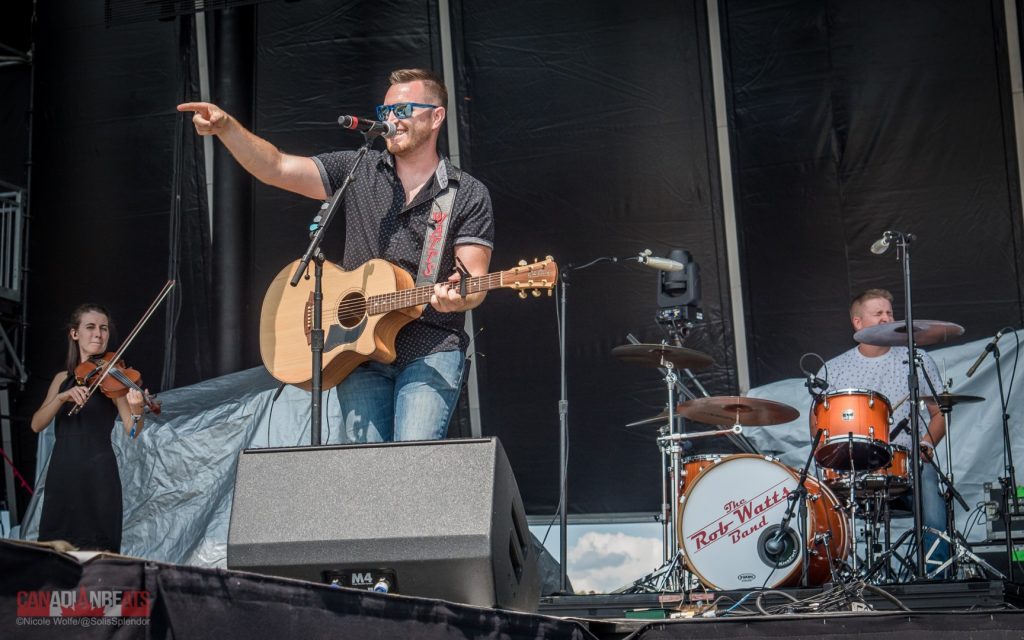 Bobby Wills was up next on the big stage. He kept the energy going with familiar songs and some new ones that not everyone may have heard of. This Calgary boy has been making his name more familiar over the years and he made sure people knew who he was on that stage. 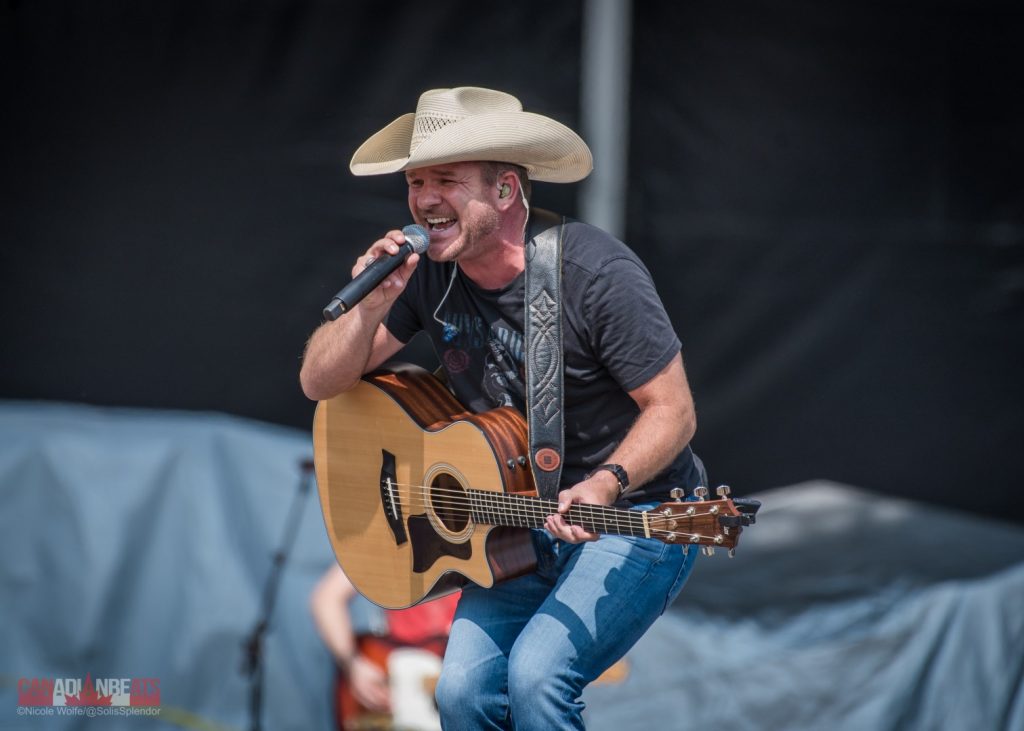 The beautiful and talented Kira Isabella was the only female to hit the stage this time around and she definitely made sure she was known. Even though she started off a little quiet, her confidence grew and her voice became louder and stronger as her set went on. She sang all of her radio hits and then some, making sure she prepared the crowd for the rest of the night. 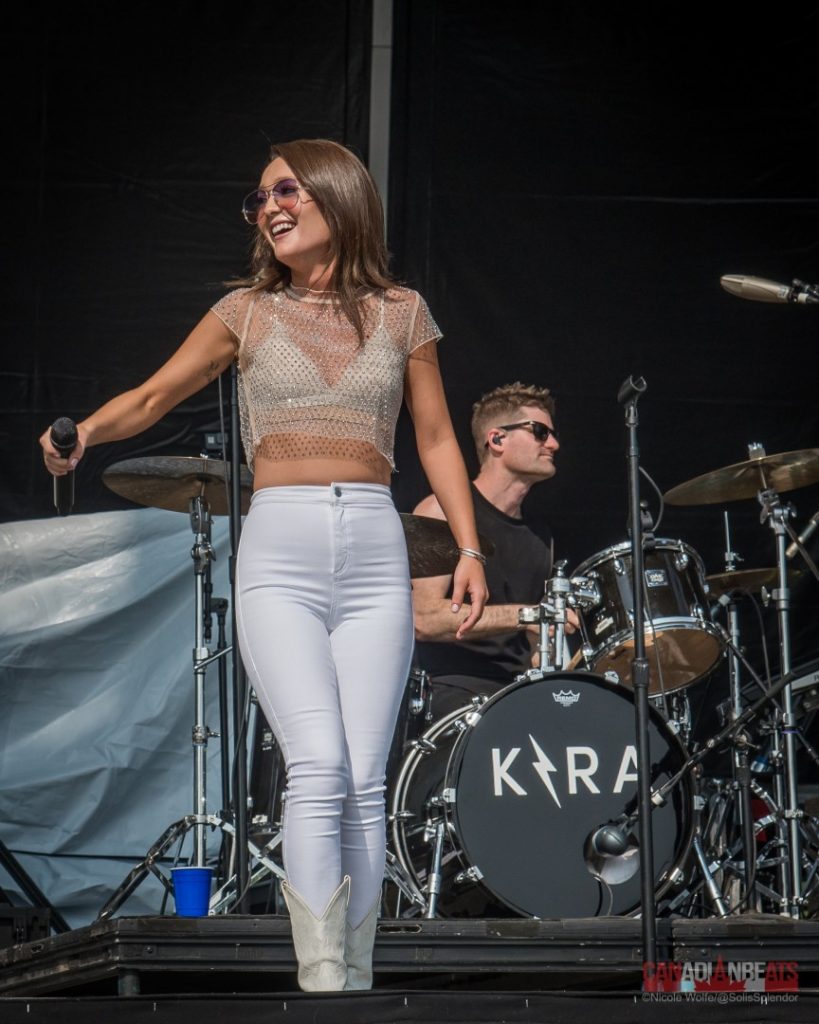 Following Kira, The Washboard Union took to the stage. The first time I saw these guys live I was tired, sore and not really interested in seeing what they could do. That changed this time around because they sure know how to put on a show. Their harmonies are electric, their crowd engagement is en pointe and they overall know how to have a good time. The crowd was full of enthusiastic fans and their energy continued throughout their one hour performance and the rest of the night. 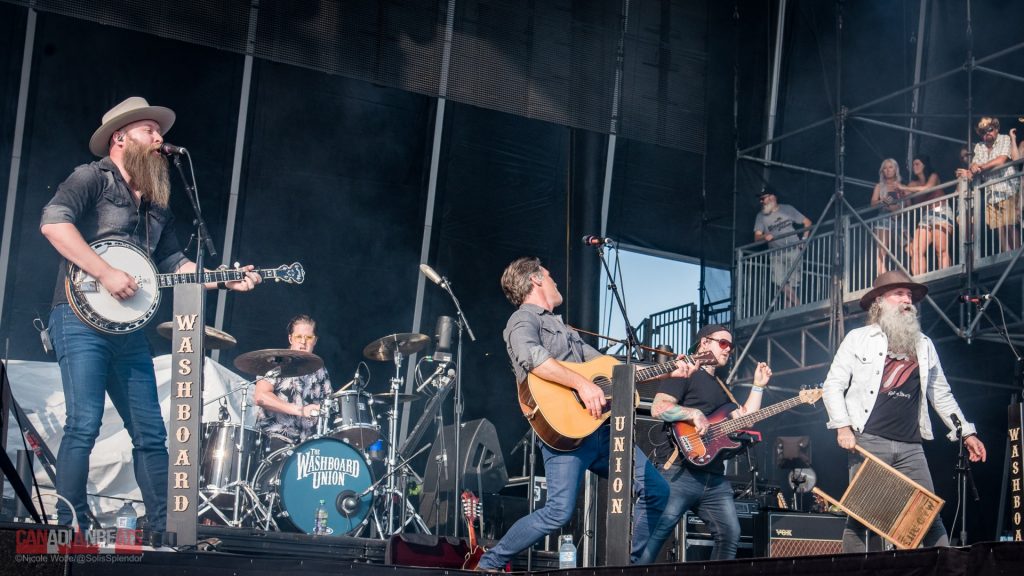 I was definitely a fan of Brett Young before he hit the Boots and Hearts stage, but I never truly knew how much I enjoyed his music – or him – until he hit the stage. His genuine charm and love of his fans followed him through his entire set. His raspy vocals suited him well along with the lyrics. He sang some of his biggest hits such as “Mercy”, “You Ain’t Here to Kiss Me”, and “In Case You Didn’t Know”, among others. This California native has got such a charismatic charm about him that it’s hard for people to deny his music or his performance. 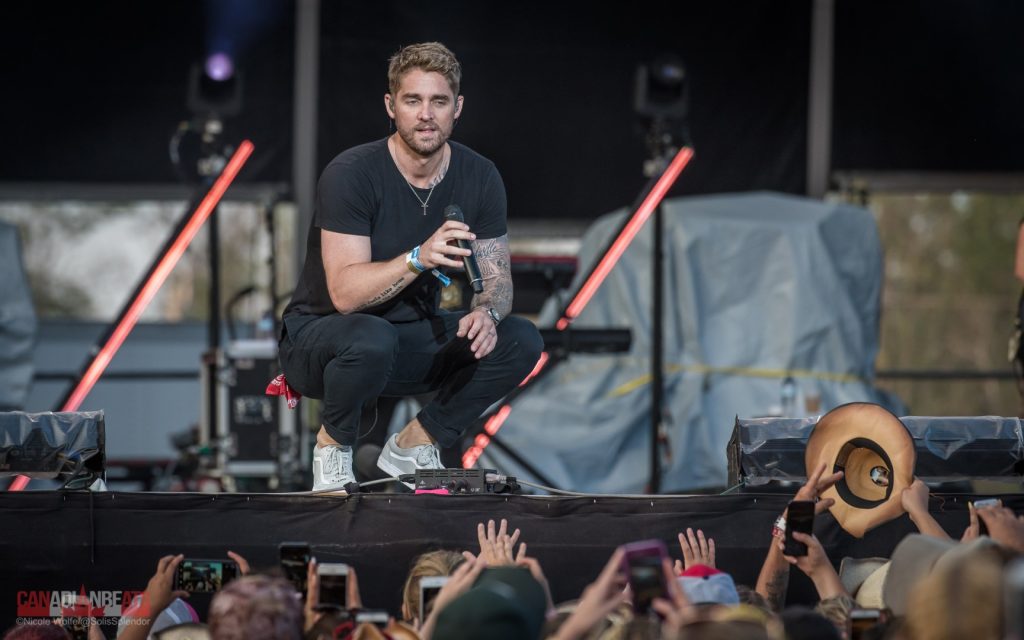 Last but not least, Thomas Rhett. I will be the first to admit that I didn’t think he had the star power to be the final performance of the year on the Boots and Hearts stage. Having seen him a few times before, I knew he had fans and great music but I didn’t realize how much he had grown over the past few years. From the Boots stage, to Trackside Music Fest last year, He had definitely garnered crowds but not the immensity of the Boots crowds. I can tell you whole-heartedly that I was wrong to the core. First off, the crowd was as intense and large as it was for Florida Georgia Line, and secondly, he brought his A game. Just by watching him, I could see the growth he had achieved over the last few years. His newest hit “Life Changes” definitely applied to his life at this exact moment and it was clear he was relishing the moments. He even mentioned that one of the five reasons he’d miss his daughter’s first birthday (which he did, by the way) was Boots and Hearts. The crowd was electric and his gratefulness was always apparent. He put on a great show and we all knew it! 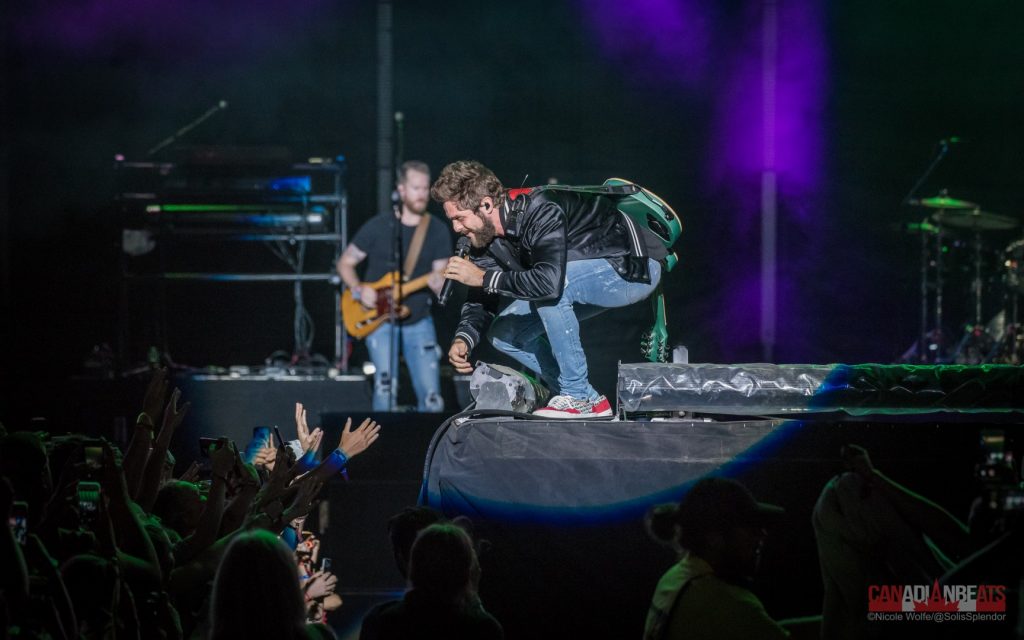 Boots and Hearts is over for yet another year, but everybody better mark your calendars. August 8th-11th, 2019 has already been set for the 8th year of this massively successful country music festival. I don’t know about you, but I’m already longing for the next four days of sun, music and making new friends. Stay tuned for the final round-up coming soon!