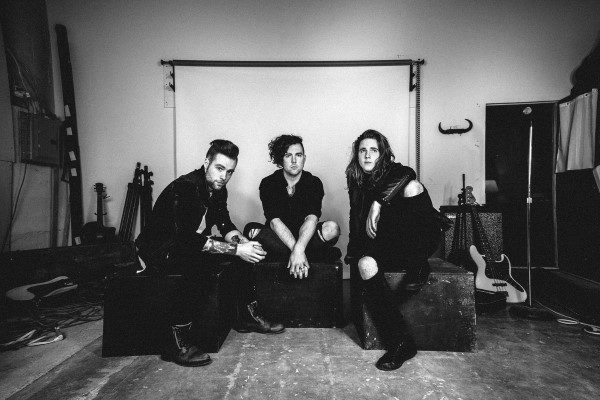 Vancouver, BC-based band, Her Brothers have released a video for their single, “Human“. From the first time I heard the song, I was hooked. The beat, the vocals, the lyrics, it all works perfectly together. It’s an upbeat alt-pop song that will please listeners of many genres. The video features the band members, Gabe, Josh, and Levi Penner performing in a black and white setting in various settings.

Check out the video below, and if you’re anything like me, you will want to find out more about this trio, so you’re in luck as we conducted a Five Questions With segment.

Gabe, Josh and Levi Penner of the band Her Brothers. The three of us met as we were successively born because we’re actually brothers. We’ve been playing together for over ten years and originally became a band when our first drummer couldn’t figure out how to play the Ramones covers we were trying to do. He left to go to the bathroom part way through and was replaced by Levi who just sat down and took off. The rest is history.

Our music and writing style has evolved quite a bit since our first record She. One of the key things that has stayed with us, however, is the socratic nature and introspective tone of a lot of the material. Lyrically Gabe tends to take the lead, although we all have a say, and rhythmically/musically Levi tends to create a lot of whats going on with the sounds and everything. That being said, we all play each other’s instruments so while we have the main instruments we play, the whole writing process for us is very collaborative. We all started playing together to The Ramones so even though a lot of our stuff tends to fit into the Alt-rock/pop realm where genres are concerned, I think a lot of our punk roots have certainly lived on through the energy in some of our tracks and most definitely through the DIY nature of all our stuff. With our newest album Tribe, we really tried to create some tracks that were easily singable in a live setting with the audience.

Yeah absolutely. You can get all the information for upcoming shows and ticket prices at www.herbrothers.com/tour/. Our live performance has a lot of energy and audience engagement. All three of us love playing live and engaging with our fans from the stage, it’s where the songs really feel like they come alive and have a life of their own. We’re always trying to create an experience when we play, aiming to create what Emile Durkheim called a ‘collective effervescence between us and the audience.’

That all depends on the person being suggested to haha. Probably Stay which is a track on the new record. Actually, Brent Howard, who plays with Randy Bachman, played a bunch of slide guitar on that one too which was a super cool collaboration!

The Arkells for sure, JJ Shiplett and Youngblood, also Billy Talent and Sum 41 who are also two bands we love that we grew up listening to.