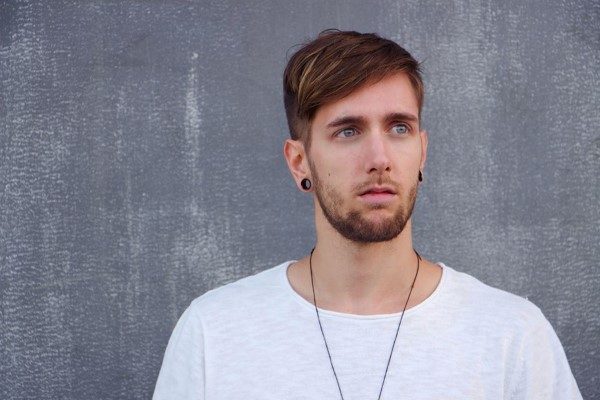 St-Hyacinthe, QC’s own Phoenix Lord recently released his debut album, The Mass of Phoenix, which reached #6 on the iTunes Dance charts. His current single, “A Deeper Love” features UK Disco Diva Carol Jiani, and you can check it out below. Stay tuned to his socials for a brand new single coming this fall which will feature American Dance artist Robin S.

Take a few moments to find out more about Phoenix Lord in our newest segment of Five Questions With.

I am a 23-year-old DJ producer from St-Hyacinthe, Québec. I’m a very spiritual artist and human being, always working to be a better version of myself and inspiring others to make the world a better place. I started as a guitarist in a rock/metal band at the age of 15. I love the nature and meditation.

I like theatrical music. I make electronic dance music inspired by the Middle East (from which comes the legend of the Phoenix) with some African tribal sounds among other instruments such as violins that I love to include in my music. Everything has a meaning and a message, a story, and it reflects a part of my life and my quest for spirituality.

My next live performance is the biggest to date. It will be August 16 at Parc des Faubourgs in Montréal for Fierté Montréal Pride festival. They are expecting thousands of people and I’m really excited about this show! I will be playing some songs from my first album “The Mass of Phoenix” as well as some of the best House music classics remixed and also many novelties and “Phoenix related” songs.

People you will be transported and hopefully inspired by my universe both spiritual and rewarding that invites you to rise like the Phoenix. Love, freedom, openness are part of my mission. Of course, I’ll be wearing the kilt, my trademark.

I would say my next single “I Believe” that I co-wrote with Robin S (Show Me Love), because it is very radio and raises a message of hope! It will be released in September and I’m very proud of it. I want to say thank you to Mike Abatzidis for producing it. But right now, “The Mass” is the song that reflects me the most. It’s very melodic, spiritual and unifying.

The one I admire the most is Marie Mai for her personality and because I saw her starting her career and evolving.