After getting stuck in a rainstorm and being evacuated this time last year, you always wonder (and worry) that the weather is going to take a turn for the worst. But instead of rain ponchos and wet shoes, Boots and Hearts Country Music Festival – the largest in Canada – was graced with blue skies, warm weather and a light breeze. Friday August 9th, 2018 is the first of three nights full of country music, cold drinks and thousands of music fans getting together to do what they love – listen to music.

Walking into the grounds gives a sense of familiarity and nostalgia. Four years in at Burl’s Creek in Oro-Medonte Ontario has become a summertime tradition with fans traveling all over the province and elsewhere. Of course with time comes growth and a few new changes. This year comes with more water stations, a midway and free wifi to ensure concert goers could connect with friends and share their memories. Another difference is the placement of the smaller stage. Last year it was nestled in a wooded area of the grounds but unfortunately that came with less opportunity to see your favourite artists if you didn’t get there early. They moved the Front Porch stage back by the food vendors and it was the best possible move.

Throughout the day there was a good mix of Canadian and American artists that hit both stages. Everyone from the Redhill Valleys, Natasha Zimbaro and Jimmy Allen, to Ryan Robinette, Madeline Merlo and the River Town Saints were gracing the stages and giving fans excuses to sing at the top of their lungs and dance their way to the after parties. 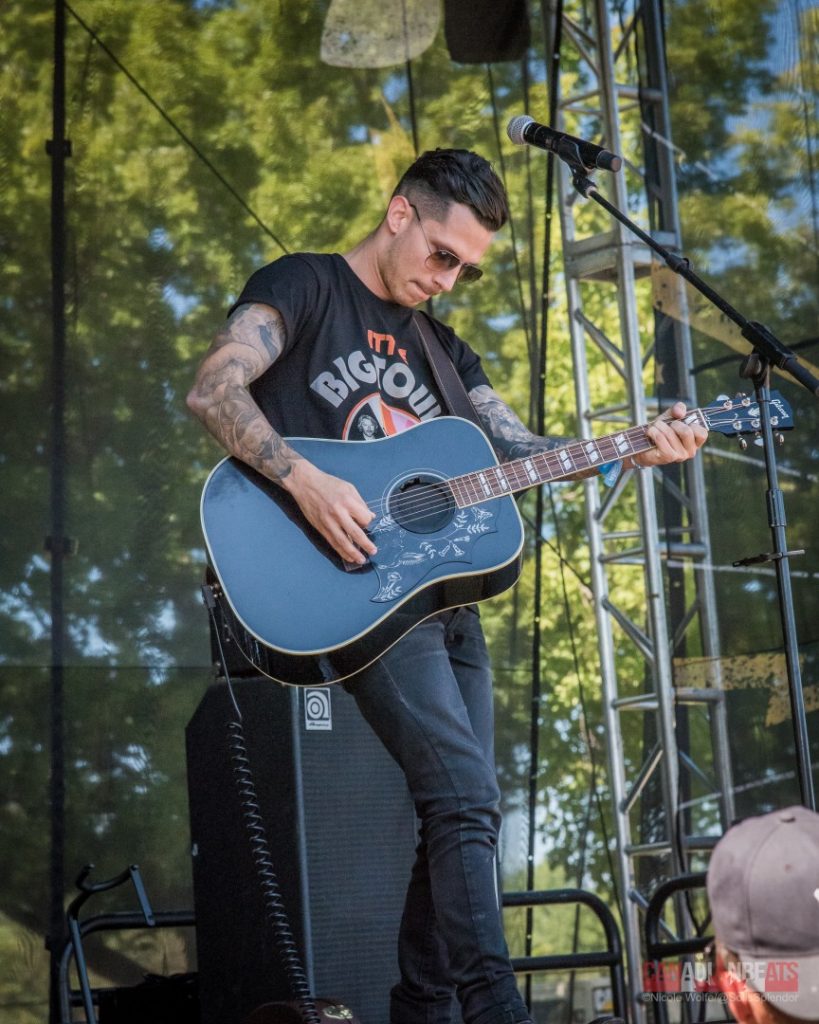 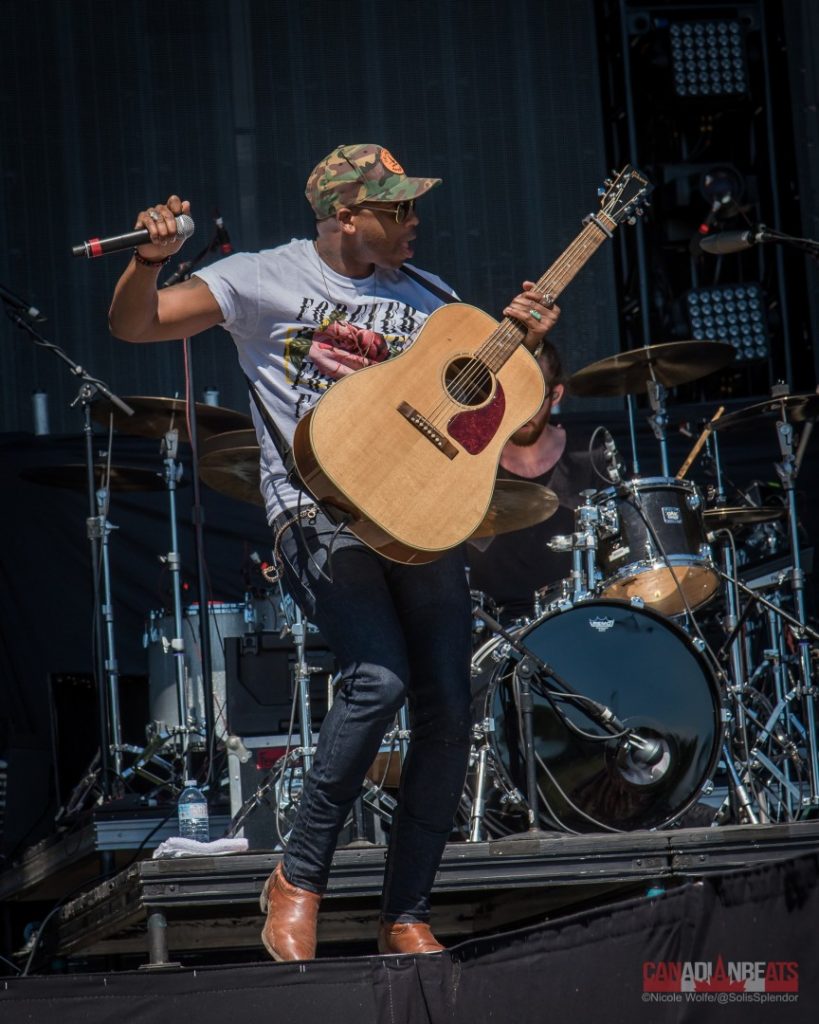 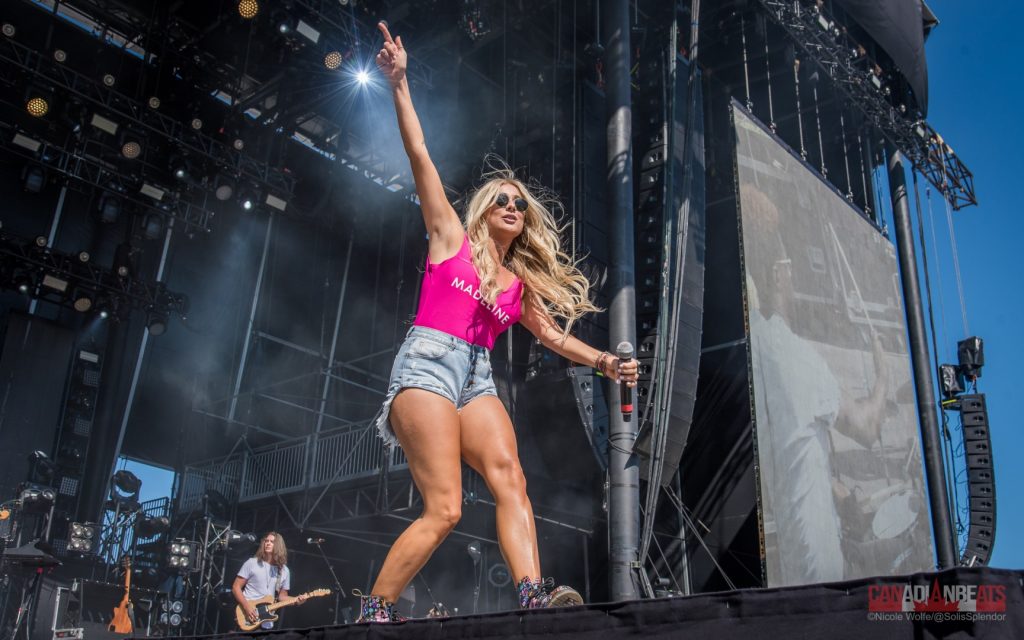 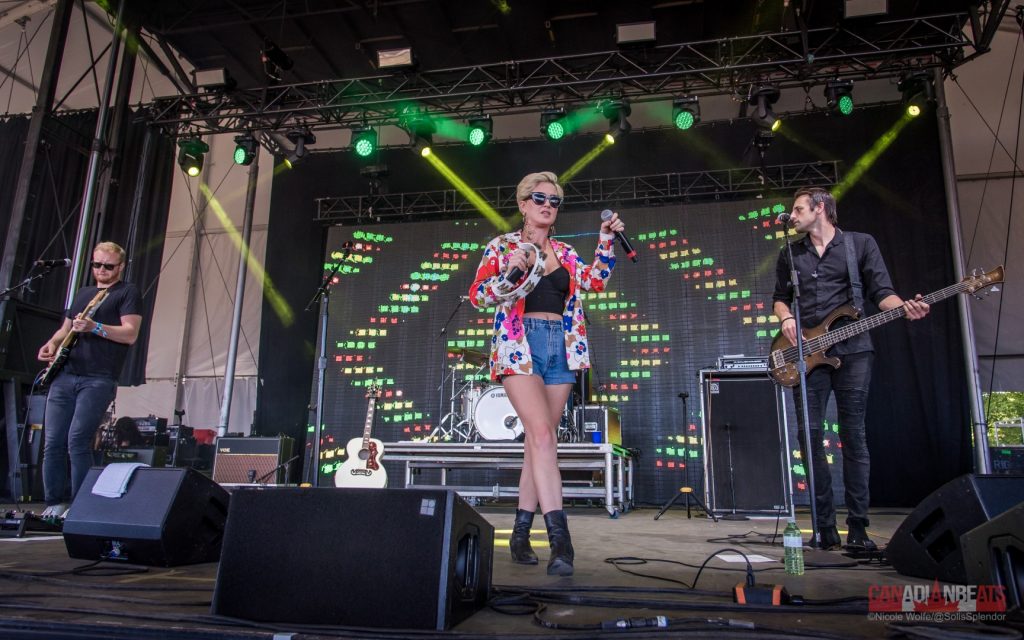 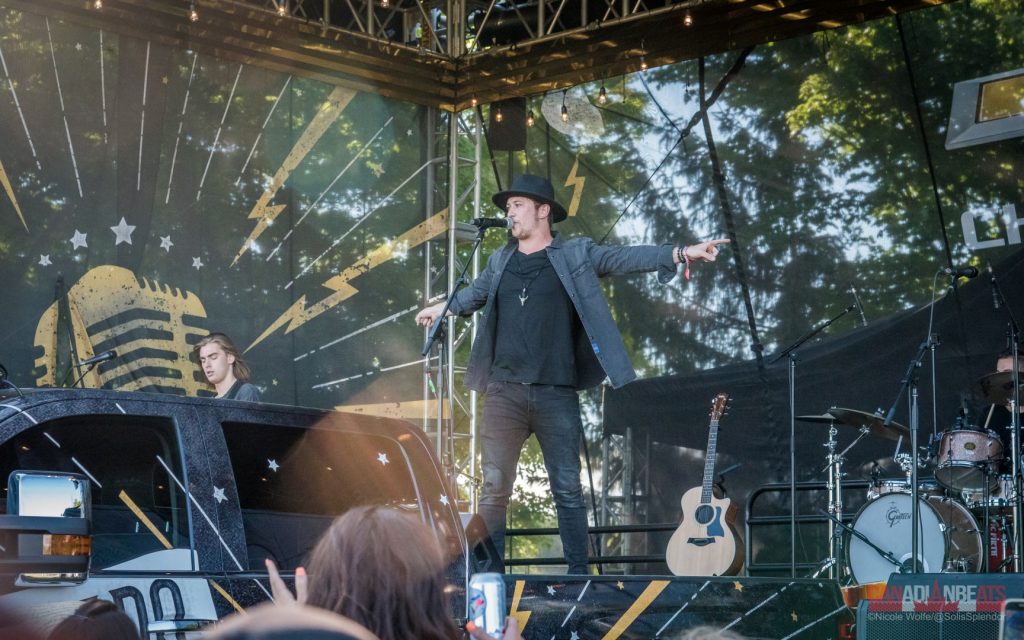 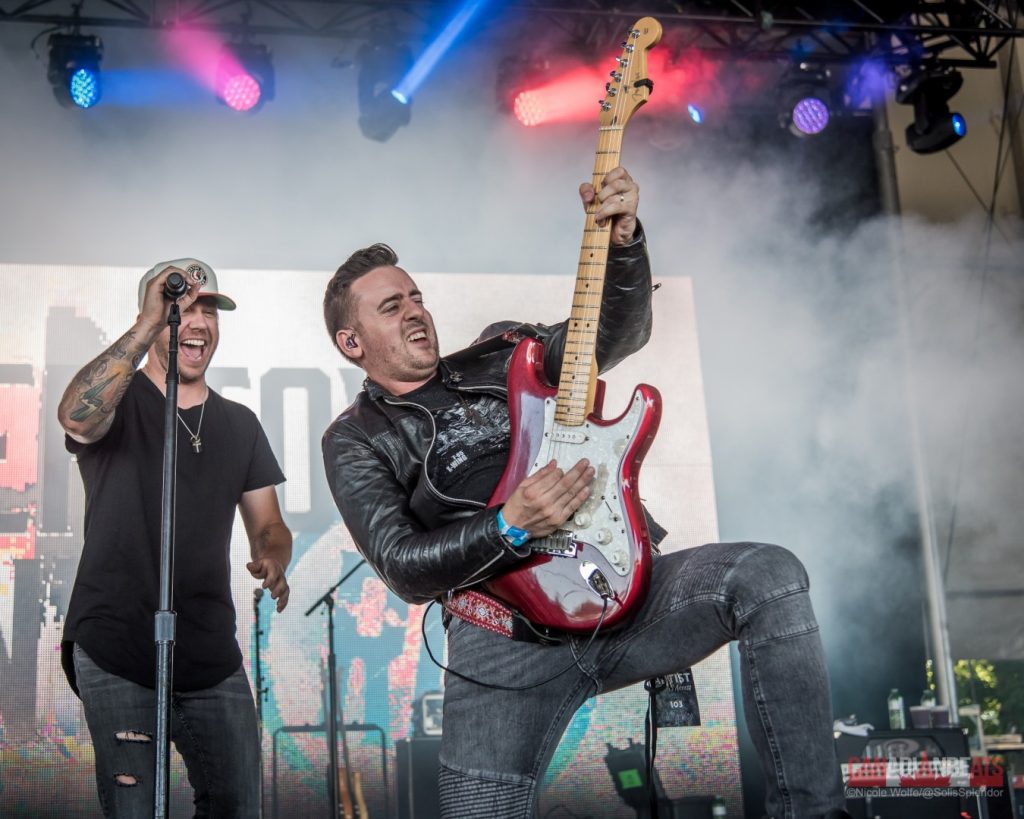 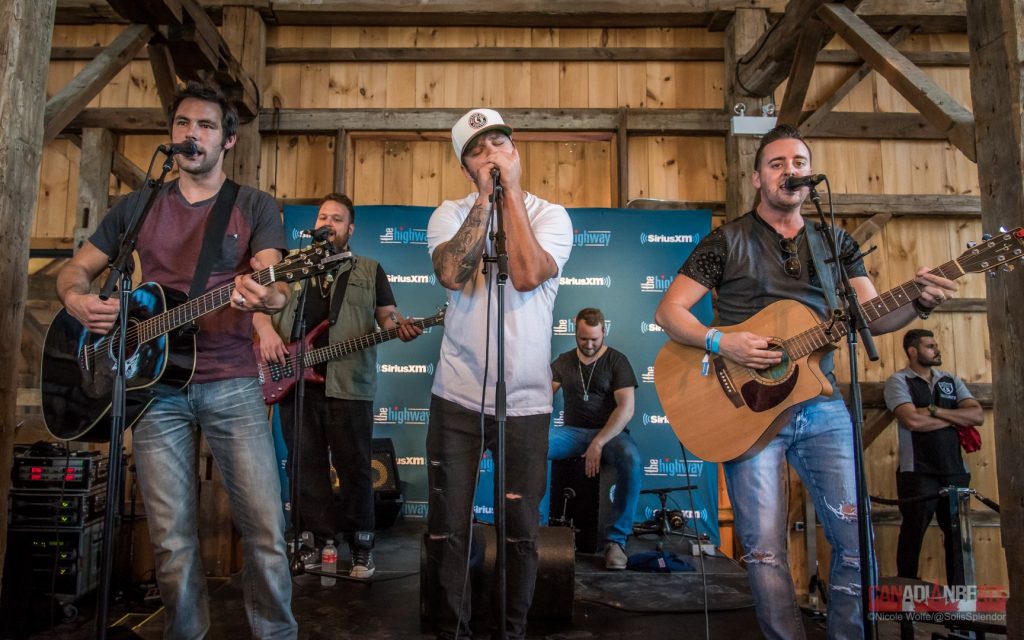 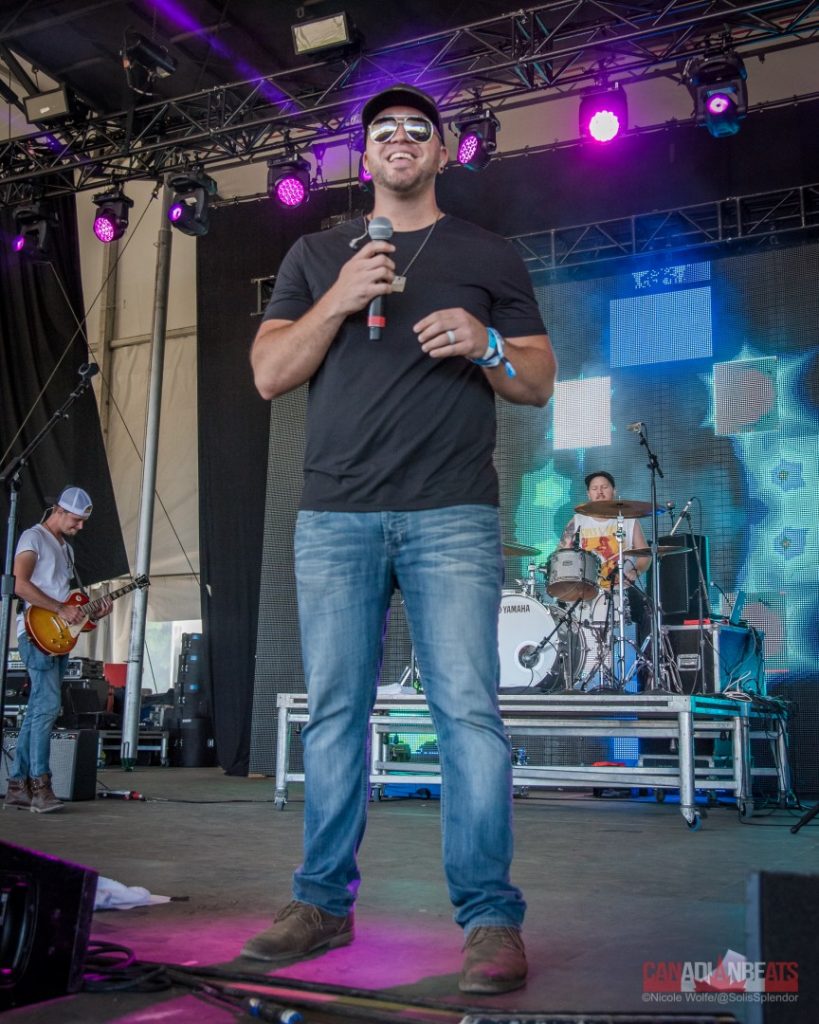 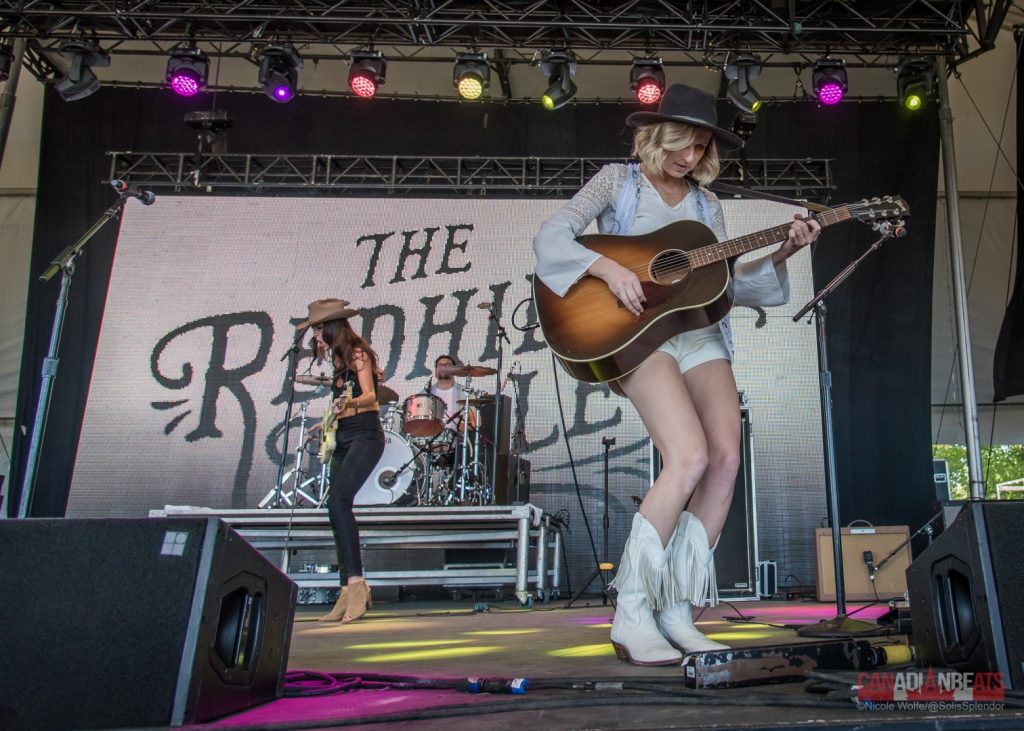 Of course everyone is always there for the main events. Friday night boasted the likes of Nashville’s own Russell Dickerson, Canadian up-and-comers the James Barker Band, Dallas Smith and of course Florida Georgia Line. Russell Dickerson definitely played his part in preparing the crowd and getting them warmed up for the final three acts. And while I knew I had heard of him before (through is song “I’m Yours”), I had never really given him the opportunity that he clearly deserved. He’s got a cool vibe that goes with his quiet confidence on stage. You can tell he’d been doing this for awhile, and his Tennessee charm was enjoyed  by everyone. He was definitely fun to watch and I’m excited to listen to more of his music on a regular basis. 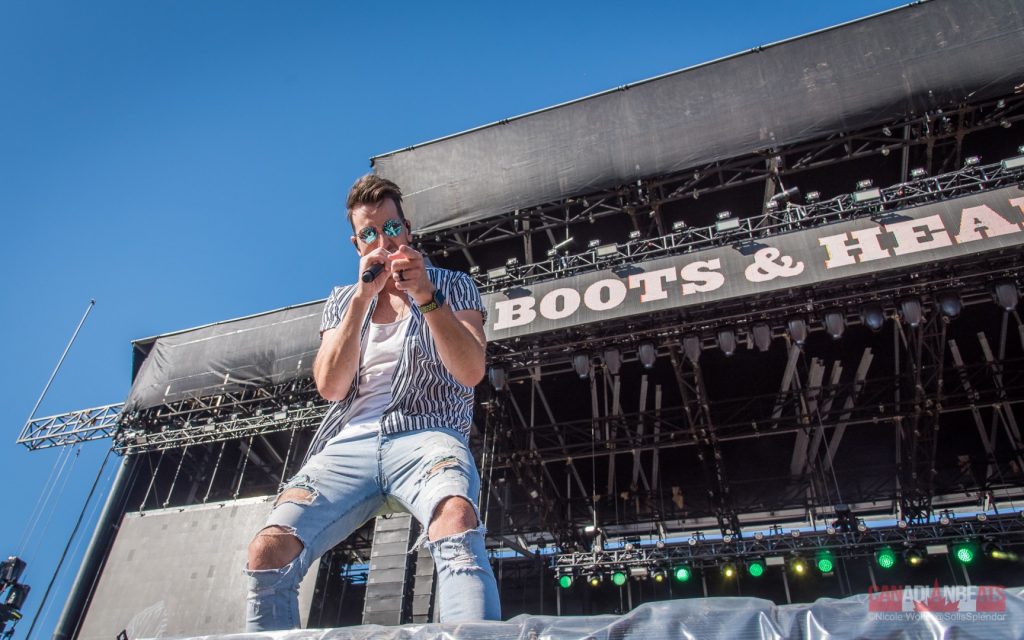 James Barker Band were the winners of 2015’s SiriusXM’s Emerging Artists showcase and are no strangers to the Boots and Hearts stage. They have consistently been climbing the charts here in Canada and the US and don’t show any signs of stopping anytime soon. They’ve got such fun personalities and you can tell they love every moment on stage. Singing favourites like “Chills”, “Lawn Chair Lazy” and “Just Saying” they had the crowd singing along to every word. I was there in 2015 to see them win the showcase so it’s a proud moment to see them being one of the main acts and playing to such a large crowd. It’s a great memory all around to remember for new and old fans alike! 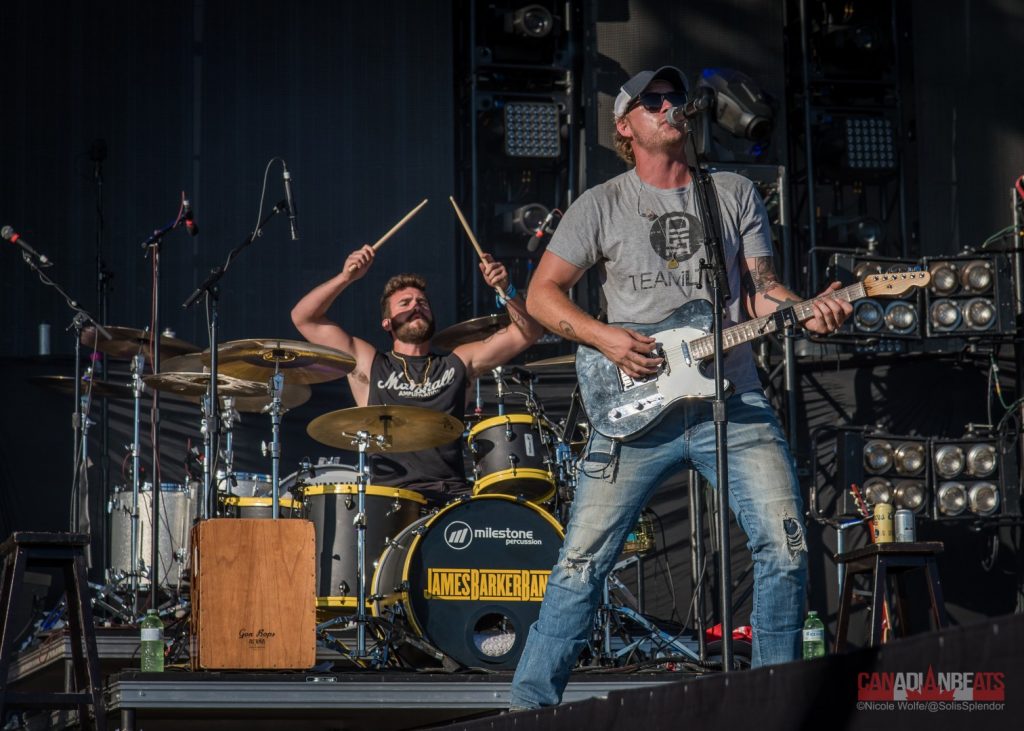 Dallas Smith isn’t a newbie when it comes to the Boots and Hearts Stage. He’s been rocking it for awhile now and every single time he hits the stage, he brings the heat. I’ve seen him numerous times over the years and he’s never disappointed. He’s such a friendly down-to-earth guy and you can tell he loves his fans and he loves what he does on stage. Opening for Florida Georgia Line, it was his job was to not only prepare the crowd for the main event, but to put on a show people wouldn’t forget. Singing favourites like “Wasting Gas”, and “Tipping Point”, and even threw some new songs into the mix.  When it came time to sing “One Drink Ago”, he brought out Madeline Merlo to sing the duet and also sang the brand new track, “Make ‘Em Like You”. It’s safe to say that Dallas made the most of his hour on the stage. His stage presence is always electric and I can honestly say I’ve never had a bad experience when he’s been involved. 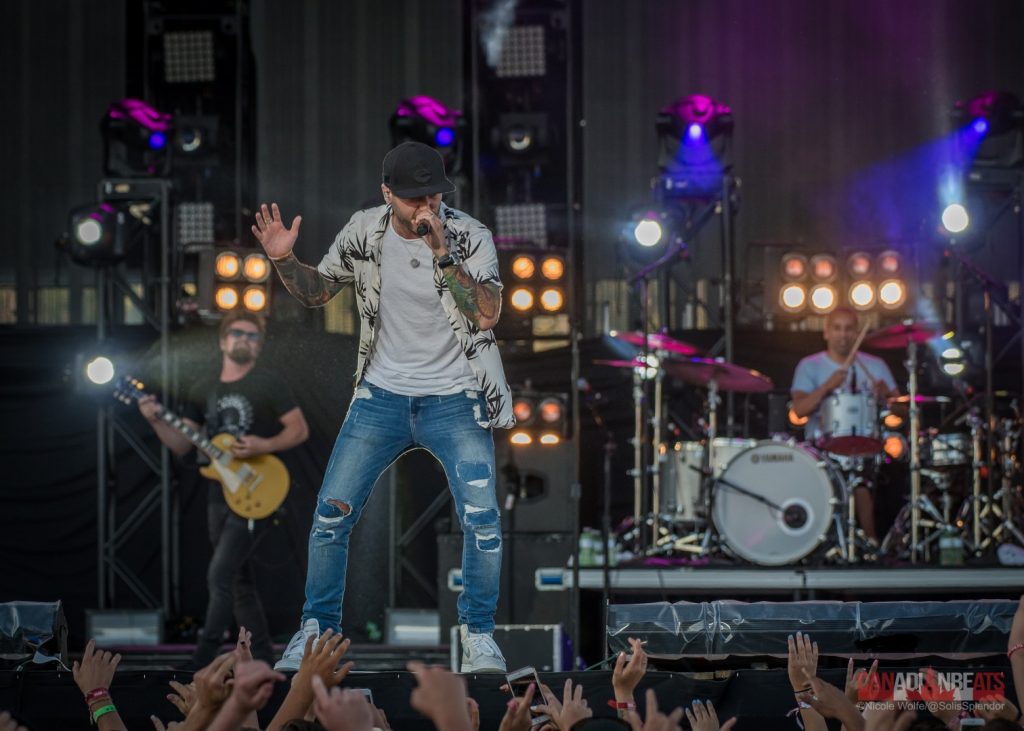 The last time I saw Florida Georgia Line, unfortunate events out of the duo’s control caused an array of issues that resulted in their set being cut short. As it was the last act on the Sunday of an already long weekend, we ended up leaving part way through due to exhaustion and annoyance. Fast forward a few years later and things definitely went off without a hitch. They brought out all the stops with fire and fireworks along with every single hit you can imagine. I’m beginning to see why they’ve been such a huge hit with many country fans all over the world. They definitely brought their A game and while they are as big artists as they are, their humble attitudes and grateful nature can’t be overlooked. They’ve definitely shown they appreciate every moment that comes at them – good and bad.

Day two has been completed but there’s still two more days full of music and fun to fill a sunny day in the middle of a typical Canadian summer. Stay tuned and keep checking back with our Facebook and Instagram accounts all weekend for more photos from the festival!