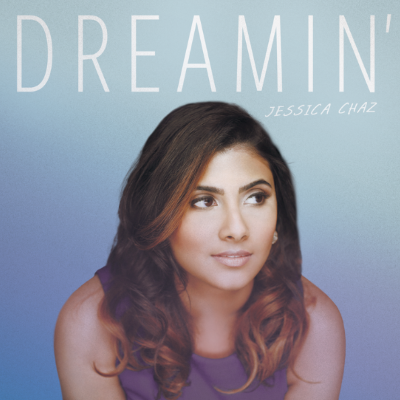 It can be a truly Herculean struggle for new artists to achieve mainstream success. Despite a lower barrier for entry for getting any particular medium out to an audience thanks to the relative ubiquity of the internet, an unintended side effect is that it is very easy for your work to get lost in the constant stream of new content. Artists seeking mainstream success need as much determination and hard work as ever, with a very different brand of luck; specifically, that something they create will have some kind of lasting effect, that it will latch on and pique the internet’s collective interest just enough to get them into the spotlight.

Dreamin’ is Jessica Chaz’s debut attempt at this. The album was produced by Moodlab Music, an independent label co-founded by Chaz and fellow entrepreneur Vanessa Moody. The South African-born Vancouverite has an adult contemporary approach to pop music reminiscent of the genre’s heyday in the 1990s. Her vocals convey emotions earnestly, which is absolutely essential for the albums subject matter, specifically the focus on Chaz’s anxiety over whether or not she can achieve her dream.

While Chaz is most proud of the title track, “Dreamin’”, the stand-out song from a production and instrumentation standpoint is “Crossroads”. It has a beat that is different from anything else on the EP, which really serves to enhance it. “Yes to You” is another notable song thanks to the inclusion of a blue grassy-guitar.

Whether or not this album will directly lead to Chaz achieving her dream will only become apparent with time. But if you are a fan of soulful vocals and uncluttered instrumentation then her EP might be the one for you.