Voodoo Shakedown Release “Down Below” Debut Single and Music Video 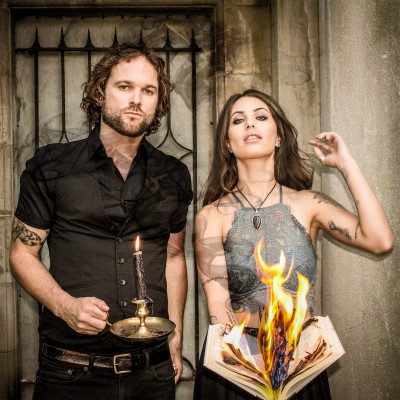 Toronto’s latest rock band, Voodoo Shakedown, have made their grand debut with their first single, “Down Below”. The track is a hard hitting electric blues jam that feels reminiscent of the genres golden era of the ’70s. Lead vocalist, Samantha Priest, adds a smooth vocal melody similar to that of Heart’s Ann Wilson before belting out a raunchy and raspy tone in the chorus that compliments guitarist Corey Vandermey’s slithery riff. “Down Below” is also paired with a trippy and gritty black and white music video that showcases the band and allows for the music of “Down Below” to stand on its own for what it is; a hard-hitting rock & roll track with a whole lot of soul.

The band adds a rich sound to the city’s vast rock scene with “Down Below” being equally inspired by The Rolling Stones as it is by The Pretty Reckless, ultimately indicating that their roots in the blues and both classic and modern rock run deep. This is certainly a band to watch out for as “Down Below” will leave listeners excited for what is to follow.