Laila Biali releases video for “We Go” from self-titled album

By Shayla Obrigewitsch on August 6, 2018 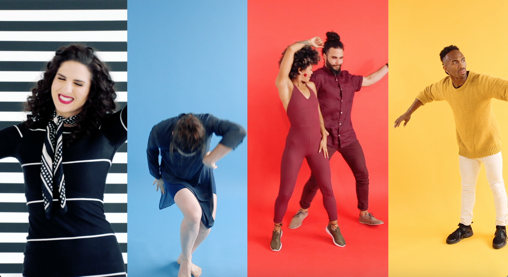 Originally from Vancouver, BC, jazz singer and pianist Laila Biali has released her new video for “We Go”, which is a track found on her self-titled album. Now living in New York City, “We Go” is meant to capture the vibrant nightlife of the city. The song is also a nod to Ramsey Lewis’ soul jazz cover of “The ‘In’ Crowd.”

The video was directed by Stephanie Elise Haller and features four dancers —all of which live and/or work in NYC. The dancers represent different styles of movement and the diversity of the city. Take a look at the colourful video below.

Biali’s self-titled album was released in January via Chronograph Records in Canada, and she describes it as her most “fully representative” piece of work so far. She has a handful of upcoming summer dates, which include two in Canada. On August 15th she will be performing for the opening night at the Markham Jazz Festival in Ontario, and on August 18th will be at Jazz at the Lake in Sylvan Lake, Alberta.