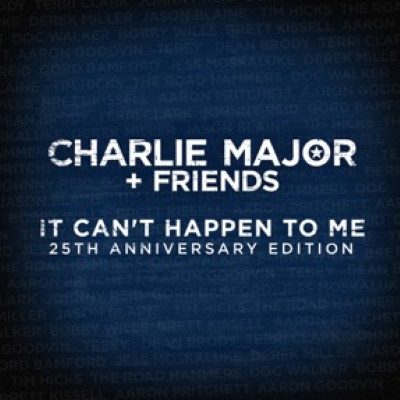 Charlie Major has announced that a special star-studded remake of his number one hit “It Can’t Happen To Me” is set to be released on August 17, 2018. The song which was originally released as Major’s fifth single from his 1993 debut album The Other Side is celebrating its 25th anniversary. With the release of The Other Side Major scored six consecutive number one hits earning him the distinction as the current record holder tied only with the “King of Pop,” Michael Jackson.

“It Can’t Happen To Me” is also set to appear on Major’s forthcoming album More Of The Best (Greatest Hits 2) which will be available September 7, 2018. Major will be on the road later this summer as he joins American country superstars Alabama for a handful of their Canadian tour dates. Major will also be appearing at this year’s Havelock Country Jamboree on August 17, 2018, sharing the stage with the legendary Tanya Tucker and multi-Platinum country star Tim Hicks. Major will perform in Hamilton at the 2018 Canadian Country Music Association Legends Show, which takes place on September 7, 2018, as part of the Country Music Week. The show is one of the lead-up events to the 2018 CCMA Awards on September 9, 2018.