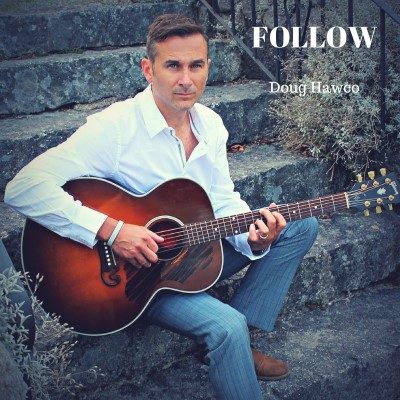 Halifax, NS-based singer-songwriter Doug Hawco has released his third album, Follow. He has recently announced that 10% of all album sales will be going to the Canadian Brain Tumor Foundation, due to firsthand experience.

The eleven track release is a follow up to his 2017 release, Life on the Water. Hawco will release the album to the public via his album launch at the Carleton in Halifax on August 2, so if you’re around the city, it’s the place to be.

The release features a great collection of tunes, but as usual, I have chosen a few that really stuck with me through the numerous listens.

The title track “Follow” is upbeat and I immediately thought this would be a great song performed live. I enjoyed the rhythm in this track, plus Doug’s vocals meld in perfectly.

I always enjoy hearing acoustic versions of songs, so I was pleased to see that Doug has included an acoustic version of “I’m A Fool” on the album, along with original version. Both are great, but there’s something about an acoustic song that just pulls me in, every time.

The album also features two covers including his own rendition of the hit Adele song, “Hello”. He makes the track his own, and I wouldn’t even have recognized it as a cover if I wasn’t told. It is certainly a very enjoyable track.

I highly recommend checking out Follow from Doug Hawco, it’s a superb album from an East Coast artist for fans of folk, roots, pop, and everything in between.