Interview – Jon Landry of The Stanfields 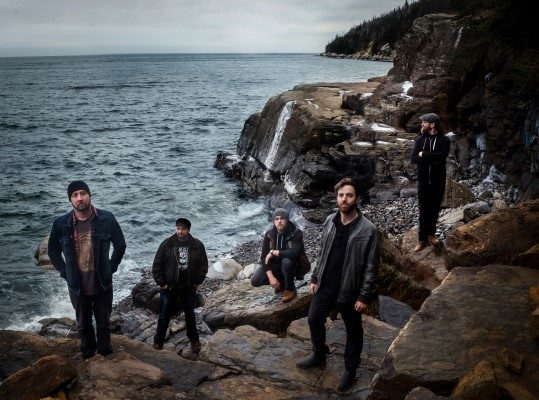 Nova Scotia’s The Stanfields are hitting the stage of the 4th-annual Blacktop Ball this August. The brainchild of frontman Jon Landry, the camping-and-music festival has it all—over 11 acts, a pancake breakfast, a BYOB policy, and musical diversity that gets music fans from throughout the Atlantic region and across the globe flocking to the Mason Property. We caught up with Landry about all things Stanfields and festival-related.

First of all, thank you for your time. How are you feeling now that the countdown to the Blacktop Ball is coming to a close? (August 10th-11th)

Ready and committed to help throw the best party of 2018! This is pretty much our band and team’s Super Bowl. We talk and plan this thing all year round.

How did you and your co-founder, Orville Mason, come up with the idea of the Blacktop Ball? What was the inspiration behind both the name and the casual camping atmosphere?

Well, all of this happened pretty naturally. Orville is an old family friend of mine and at one time, the employer of over half of the Stanfields, in the early days of the band. We used to work in asphalt together. That’s where the name Blacktop Ball comes from. Otherwise, the Mason’s family property (where the fest is held) is very conducive to camping in its own right, so there was no real focused plan there. In fact, this whole thing started as a casual party back in 2010 (or so!). We sort of just wound it up and pushed it off a cliff.

Tell us a bit more about the pancake breakfast and songwriters circle that will be happening at 10:30 AM on Saturday, August 11th.

Our good friend Sasha DeSouza is spearheading this sweet ass breakfast. Blacktop Ballers in past years have strongly indicated that they wanted breakfast options and more music. Who are we to say no? I will personally be hosting the morning song circle with my pals Carmel Mikol, Tomi Allen and Niki Veniot. I’m excited and terrified at the same time.

What would you say to potential first-timers to the festival? What will they be surprised and delighted by?

Honestly, our party isn’t designed to be a spectacle. It’s very low commitment emotionally and temporally – just the way we want it. It’s a very organized but casual hang that just happens to have a crazy good lineup of music, amazing surroundings and a wonderful community of friends to support it. We prefer to let the ingredients do the talking.

Likewise, any tips and tricks that you want to give to festival-goers to maximise their time and enjoyment at the event?

Come with an open mind and full cooler. It’s BYOB 😉

Switching gears, what time and day will The Stanfields be playing the Blacktop Ball?

As has always been, we close the show both Friday and Saturday nights – usually approaching the midnight hour.

Any hints towards what you’ll be playing (i.e an emphasis on new music, old music, or a mix of both?) Similarly, will you be emphasizing your new album, Limboland?

It will be a mixed bag, as we have over 60 songs in our repertoire now. We actually presented Limboland in full last year as a preview to our audience. We like to try and treat BTB in one way as our musical “focus group” since it’s such a gathering of our most committed supporters.

And lastly, what will both old and new fans love about Limboland?

It’s familiar and has been doing pretty well for us since its release.