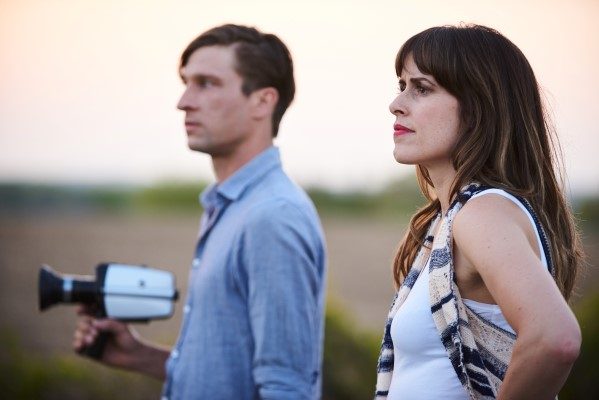 Hamilton, ON’s own Matthew de Zoete, otherwise known as Colour Film has teamed up with Caroline Brooks of the Good Lovelies for his newest single, “Open Road”. Check out the video below and find out more about Colour Film in our Five Questions With segment!

Sure.  My name is Matthew de Zoete, and I live in the countryside near Hamilton, ON.  Since 2006, I’ve released four albums and toured throughout North America and Europe.

I guess I’d call it melodic pop/folk music.  I think my writing follows the style of pop and singer-songwriter music from the 60s and 70s and is influenced by those approaches.  A few years ago, I realized that I often write songs with a visual element – some characters, a plot or situation, a specific setting, some details that hopefully bring the song alive in a listener’s mind.  Almost like the song is a home movie in the mind’s eye.  Sometimes it’s subconscious, sometimes it’s intentional, but it seems to be a recurring theme in how I write.

There are a few concerts coming up in the fall, but no touring at the moment.  My wife and I have two young daughters, so I’m trying to spend a bit more time at home these days.

Live performances vary quite a bit in terms of lineup.  Some are solo, some are duo with a keyboardist/harmony vocalist, and some are with a full band.  Regardless of the setup, I try to get back into the same mental and emotional space I was in when writing each song and find the best way to bring it to life for the audience.  I also try to invite the audience into the songs, often by giving the songs some context or telling a story behind or around the songs.  A concert is an opportunity to connect the songs to the members of the audience.

Good question.  I guess it’d be the song “Colour Film” which is a reflection on seeing home movies of my grandparents from the 1960s when they were much younger than I’ve ever known them being.  While the song is quite specific to my own experience, I think it manages to touch a wider theme to which other people can relate in their own way.

There’s a lot to choose from, but Don Brownrigg, Zeus, Twin Within, and Bahamas are a few from the top of my list.