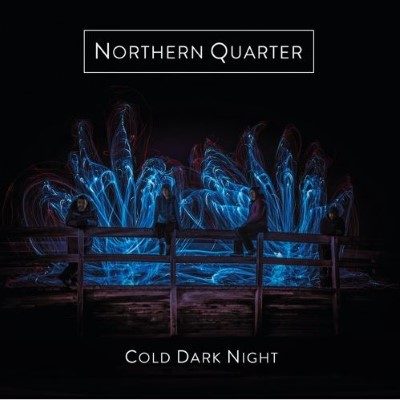 Some musical acts possess a well-defined and refined aesthetic that is essential to their identity, usually extending from their music to the way they present themselves visually. This unity of effect can be useful especially for new acts seeking to establish themselves, but it is hardly essential. There is something to be said for artists who focus on versatility, which is the route that Canmore’s own Northern Quarter appear to be taking with the debut EP.

With a slick visual design utilizing neon lights that you’d expect to see attached to an electronic group and a sound that utilizes the traditions of Blues, Folk, Rock, and Country music played in a smokey speakeasy, Cold Dark Night seems like it was created specifically to demonstrate their range. And while this does create a disjointed single effect when listening to the whole thing in one sitting, it does show their range. Special credit is due to singer-songwriter Kerry Hunter, whose vocal range and style really elevate each individual track.

“Boomtown Blues” kicks things off soulfully with a Blues throwback. Hunter’s singing is sweet and occasionally rough and works especially well here. “Here We Go” takes things into more of a country direction that segues into an optimistic finish with “Searching for Freedom.” On a personal note, the track “Fort Mac Anthem” was a treat given the disaster the town suffered just a few years ago during the Alberta wildfire season. Its presence shows that the group is grounded by their roots, even if some listeners might have already forgotten the significance.

Northern Quarter’s debut is here to show they’re audience the range that they have. Fans of folk-rock and bluesy indie bands will want to follow this act and should consider checking them out on their Western Canada tour.