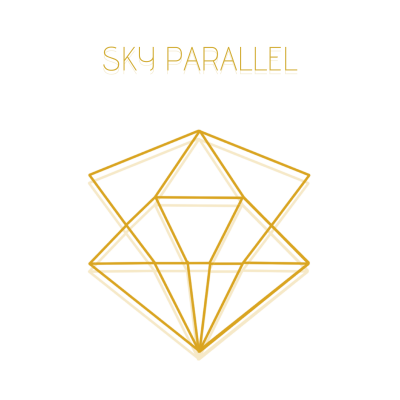 Formed in 2015, Sky Parallel consists of songwriters/multi-instrumentalist Sarah Noni and violinist Sara Fitzpatrick. The band is self-described as “an alternative Indy-groove duo featuring experimental violin, rich vocal textures, folk and pop songwriting, electronic flavours and rhythm that makes you want to move.” This duo has been a crowd favourite since hitting the scene during the summer of 2016. “Drawing inspiration from various genres of music including indie electro-folk, singer-songwriter and alternative orchestral sounds, their songs are tasty, rhythmical gems that are both boundary-pushing and ear-candy.”

The EP beings with “Walk On”, a track with a creative beat that definitely caught my attention.

The vocals are strong and powerful, as the lyrics show the certainty of the decisions made “Hold on, just don’t look back, once you’re gone, once you’re gone.” This can certainly serve as a power anthem for someone struggling to move forward.

“Jezebel” had an interesting beat to it, between the electric drum sound and the creative use of the violin to create a feeling that I cannot put into words. There was something about it that just kept pulling me in and wanting more.

“Body Between”, the last track on the EP, was recently released as a single. This track will definitely keep you moving along to the beat. The melody is more prominent in this track, with the vocals slightly fading into the beats.

Overall this album was definitely a creative piece. I was very intrigued by the musical arrangements they created, especially the use of the violin to help create a special mood for each track. Each track had a different tone, enticing a different feeling and keeping the listener on their toes.

Sky Parallels debut EP was written and composed during the early months of 2016 with support from the Canada Council for the Arts. They plan on hitting select festival stages performing with their full band comprised of John Glasparich (drums) and Arista Hawkes (bass). Noni will perform vocals, guitar, and keys; while Fitzpatrick will grace the stage with her violin. Make sure to keep an eye out to see if they are performing in your area!