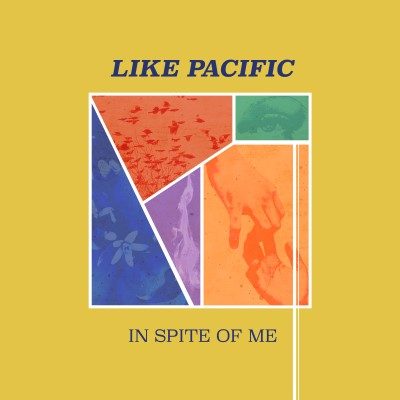 I’ve listened to Like Pacific for almost a year now so when I found out they were releasing another full-length album, I was excited to have another awesome Punk band releasing music this year. Like Pacific released their album In Spite of Me on July 27, 2018, a follow-up to their first album Distant Like You Asked.

Like Pacific sounds nothing like punk or pop-punk bands that I listen to. The raw, gritty vocals of the lead and back up singers give each song a true aggressive sound to them. They released the title track “In Spite of Me” accompanied with a music video to announce the album which got great feedback from fans and new listeners alike. I knew that if the album was like that one song, punk fans were in for a real surprise.

“The Spring” was the first song that struck me right away. One thing that a lot of people misjudge about the punk genre is the fact that it doesn’t have meaningful lyrics yet this song has so much real talk throughout, it would impress even the snobbiest of music listeners. “Occupy Your Skin”, the song that follows “The Spring”, has the same thing, great music infused with powerful lyrics. “If I were to leave right now, what am I supposed to learn?” is one of the best lyrics I’ve heard all year, no joke.

“When you think of me/I hope you break down/steadily” is the lyric that stuck to me the entire time I listened to “Steadily”. I’m not great at breaking down lyrics but I feel like the person in question is going through a breakup. Hoping the person realizes what they did, they want them to regret it but it shows the singer still cares, adding in the steadily part. This lyric can hit so many people personally like it did to me. Just goes to show you how bands like this affect everyone, even with the smallest lyric.

Like Pacific have struck gold with their second full-length. This is an album I will have on my heavy rotation list on Spotify upon its release as it has everything a classic punk fan and a newer punk fan would enjoy. Heartful and thoughtful lyrics, real intense vocals and the classic but new punk music to accompany it makes this album a must listen to anyone who enjoys this kind of music. Now if you’ll excuse me, I’m just gonna press repeat and listen to this whole thing again.