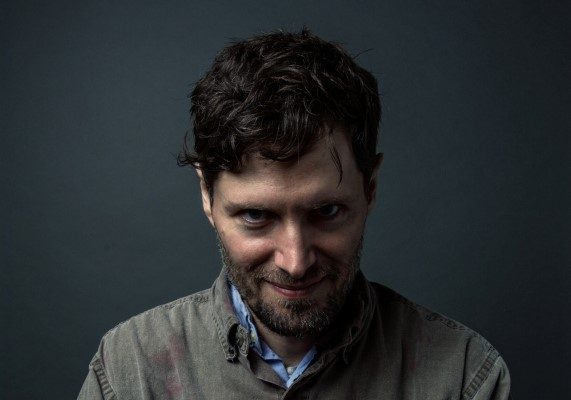 Dog Day frontman Seth A. Smith released a new Maritime horror film, The Crescent which premiered at TIFF’s 2017 Midnight Madness Series and won three awards including “Best Soundtrack” at the Atlantic International Film Festival. The film will be screening in select theatres across Canada starting August 10th and on top of that amazing news, the soundtrack will be released on deluxe marbled vinyl on September 7 via Label Obscura. We’re happy to share the first single from the soundtrack, “May I Enter Your Heart”. Take a listen below and find out more about Seth in our Five Questions With segment.

My name is Seth. I’m mixed up in a few different things. Most recently I directed and scored THE CRESCENT, a ghost story seen through the eyes of a 3-year-old. I also play in a band, DOG DAY.

Scoring music for a film is a nice break from writing pop songs. It’s more abstract and emotion driven. The process for me is different each time. For THE CRESCENT, I played with time-manipulated voice samples, granular synths, and homemade instruments. I was burning through a lot of dollar bin classical music at the time, so that was an influence. I also collaborated with a small improv choir, as well as Nancy Urich and Danika Vandersteen who sang on a couple tracks.

Generally, I don’t perform the soundtrack stuff live. But I am doing a couple shows with DOG DAY this summer and we’ll be playing a song from the movie. We’ve just regrouped after a 5-year break. I’ve missed it. It’s a nice release. Dates are Sunday, Aug 5 at SappyFest in Sackville, NB, and Saturday, Aug 25 at the Seahorse in Halifax, NS.

Listen to a full album. But I think my favourite songs are on this new DOG DAY record we’re making.

I really enjoyed the Werewolf soundtrack by Youth Haunts, another Nova Scotian composer. The Black Cop soundtrack by Dillon Baldassero is great too. For current band faves, I have to pick family bands, NOT YOU, and DIAMONDTOWN.