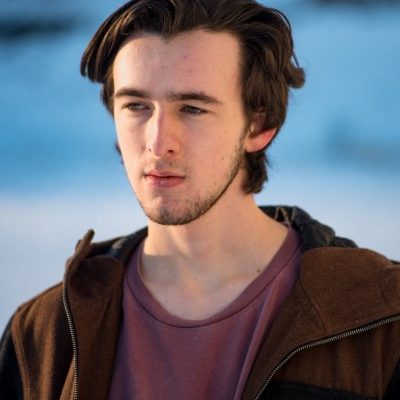 Originally from Saint John, NB but currently residing in Montreal, QC Provincial Camps recently released a new album, Fuzz Pop which was released on June 22, 2018. Check out the album below, and find out more about Provincial Camps in our Five Questions With segment!

Hey, I’m Sam, the frontman in Provincial Camps! We’re originally from Saint John, New Brunswick, though I’m now living in Montreal and putting together a new lineup. When the band started we were all high school students, and we played our first show with two other bands (their first show as well) who were also made up exclusively of high school students. Soon after we all played our first show, a whole wave of high school bands started playing around Saint John. We released our first album, Exaggerator, in November 2017 and our new album, Fuzz Pop, came out June 22 of this year!

Exaggerator was an indie / alternative rock album with post-punk and emo undertones. I wrote it when I was 16 (I’m 19 now) and the album is sort of about loneliness in a very teenage way (I guess a lot of it is about longing since I had never been in a relationship before). The new album, Fuzz Pop, is a power pop/pop-punk album I guess. I was huge into Weezer and blink-182 (not a guilty pleasure band, go away) and wanted to make something more simple and upbeat than Exaggerator. As far as my writing style goes, when I work on an album I usually have a specific aesthetic in mind and a number of songs that I want, and then early in the writing process a group of works by other artists sort of forms as the central inspiration that informs my own work. I think a lot about what influences me and how I can take those influences and bend them in interesting ways when I’m writing.

Unfortunately, we have no upcoming shows! I moved to Montreal recently and am much more focused on recording right now, as I’m already finished writing our third album and currently writing the fourth! I’m just trying to catch up to myself at this point (the music on Fuzz Pop is at least two years old even though it just came out recently). The lineup will be different when we start playing shows again so I can’t really say what our live shows will be like. I think when we were a Saint John band there was an interesting contrast between Sheehan’s (backing vocals, bass) stage presence and my own; I was told by friends that I was very high energy while he sort of performed in an emotional way where it was like he was practising in his room.