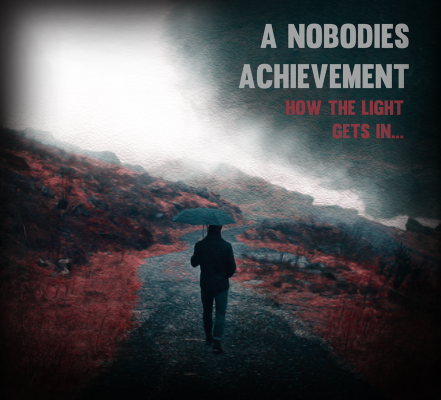 Album: How the Light Gets In
Release Date: July 20, 2018
Genre: Post Hardcore/Metalcore

Alberta native metalcore band A Nobodies Achievement released their debut EP How the Light Gets In on July 20.

The band instantly reminds me of All That Remains who are staples in the metal scene. The first song “The Awakening” starts off heavy, the vocalist coming in with some deep screams which lead perfectly to the singer of the band. The breakdown halfway through the song is perfectly placed, it doesn’t water down the song at all. This song is an excellent album (and I’ll assume concert) opening.

“Wasting Away” starts off with the excellent guitar work from the two guitarists, almost sounding like duelling guitars. The style of this song reminds me of Protest the Hero with their melodic style of music as halfway through the song, it sounds like the band started a new song. But it doesn’t make the song bad. The transition was near flawless and shows the bands creative side.

The previous songs lead into “Turn the Tides” where I can tell you, the screamer of the band really went deep into his throat to unleash the screams he does in this song. Even on my best day, I could never reach the depth he went. The highlight of this song is the true, raw vocals he brings out throughout the song. This was also one song I felt myself headbanging too, even while I type this.

“Blood on My Tongue” is a heavy rock and roll song. The cold and heavy intro, leading into the insane dual guitars, double bass and heavy screams, then the singer coming in with some pretty nice lyrics, followed by the screams, make this song really unique compared to the rest of the album. I can’t emphasize enough about how good the guitarists are in this band. Metal may be a genre that people just consider “noise” but the work the musicians put into the music is something hard to not be impressed by.

For a debut EP, you can see how this band is still shaping themselves into what they’d like to become. They have the talent to get a good footing into the Canadian Metal scene, right next to powerhouses like Protest the Hero, Alexisonfire, and Cancer Bats. I’m interested to see where they can go from here as the Canadian Metal scene isn’t going anywhere but up.