Avenged Sevenfold to cancel their performance at HEAVY MONTRÉAL ; Limp Bizkit to take over 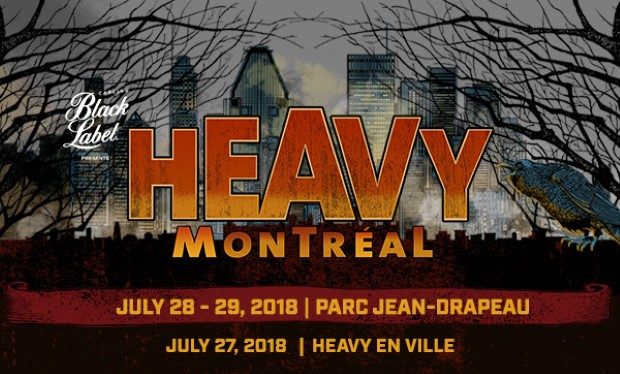 There has been a slight change in Heavy Montreal’s lineup. Unfortunately, Avenged Sevenfold has pulled out of their headlining performance, scheduled for July 29th at Parc Jean-Drapeau, due to illness.

“There is no good way to start out a note containing bad news but here it is.

After Europe I came down with a terrible viral infection that rendered me voiceless.

I tried my best to take care of the situation with voice rest, medication and doctor visits but the voice was only getting worse.

After a week of steroids, the swelling went down enough to see the cause of the problem. A blood blister has formed on my vocal folds and is preventing them from vibrating properly. In short, I can’t sing anything at the moment and the more I attempt to, the more damage is being done. Luckily, as of now the doctors feel that 3 months of no singing and voice rest should get my chords back on track.

Unfortunately, this means we will have to cancel all tour dates at the moment.

Decisions like this weigh on me very heavily. It’s a tour I was looking forward to very much. I want to apologize to the fans who have spent their time and money booking travel arrangements and accommodations. I also want to apologize to our crew and the other bands who were depending on this tour.

None of these things are lost on me.

Just know that I have exhausted every possible solution in trying to get out there and perform for you. It just simply can’t happen at the moment.

We have a few things coming down the pipe soon that should be fun, so we hope you look out for those.

Again, I am deeply sorry and hope to see you all soon.

“HEAVY MONTREAL would like to wish them a prompt recovery. We look forward to welcoming them back to Montreal, real soon!”

However, it’s not all bad news, Limp Bizkit will be taking over as headliners for the 29th of July timeslot. This is the first time since 2003 that the renowned band will be coming to Montreal. Celebrated for their massive hits since the late 90s, the band is notorious for their raucous high energy and festival performances.

HEAVY MONTREAL presented by Black Label is set to take place on July 28-29 at Parc Jean-Drapeau in Montreal. Full festival details are available at www.heavymontreal.com