Home / Promos / The Guess Who are back with brand new album, The Future Is What It Used To Be

The Guess Who are back with brand new album, The Future Is What It Used To Be 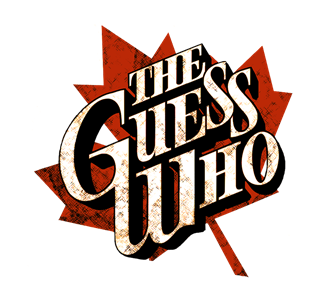 The Guess Who, undoubtedly one of the most recognizable names in Canadian music history, recently announced that they are releasing a new, yes, you read that right, a NEW album. The band has gone under many transformations throughout the years, with several band members coming and going. The current lineup includes Garry Peterson (drums, vocals), D# (lead vocals, guitar, piano), Will E. (guitar, harp, vocals), Leonard Shaw (keyboards, flute, sax, vocals) and Rudy Sarzo (bass, vocals). They released the first single “Playin’ On The Radio” on July 17th, exciting fans, both old and new.

“The song is a celebration of the radio and what it meant to us all. Whenever a new great song hit the airwaves, the DJ would say a few words and then off to the races! You’d tune in to just hear it over and over again. The character in the song could be any one of us as we move ahead in life. Great music has the innate power to transport you back to so many great memories in an instant. Music is healing. I see it AND feel it every single night in our audience,” explained D#.

“I never dreamed that I would get a chance to record an album, after 40 years, in the same way, and with the same recording gear that we used in the 60s and 70s. This was truly a blessing for me and a humbling, cathartic experience for my musical soul. Thank you to all my bandmates, and everyone who helped make this a reality. I hope our fans enjoy it as much as I do,” said Garry Peterson, one of the original members of the band.

The album, The Future IS What It Used To Be, is currently up for pre-order. The band is also touring North America on and off from July to December.