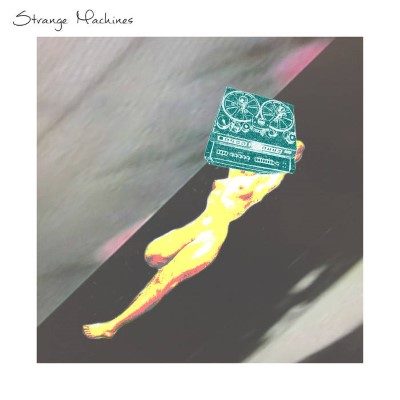 London, Ontario based alternative rock duo The Wrong Brothers, consisting of Morgan Dunbar and Phil Hirst, have released their debut EP, Strange Machines. The impressive four-track record brings rock to a funky, experimental, and slightly psychedelic place that feels reminiscent of the late 1990’s similar to the work of The Butthole Surfers and early Red Hot Chili Peppers.

Opening with “What Are We Talking About?”, Strange Machines opens with a deceiving slow burner that is equally that of Black Sabbath as it is Pink Floyd – think “The Great Gig In The Sky” – with a hint of sludge that feels similar to Alice In Chains. The song runs for a minute and a half, and one of my only complaints about this EP is that this song feels so intriguing and exciting that using it solely as a prelude as they do is an injustice to the band’s songwriting. I would love to hear an expanded run through of this track.

As the album continues, The Wrong Brothers fully embrace a sense of ‘90s inspired alternative rock with “Teach Me How To Dance” and “Fresh Pocket”, two groove-heavy tracks that bounce between funk, rock, and Sublime styled ska. These two tracks carry a weighty sense of identity to them and feel incredibly unique to The Wrong Brothers. The EP then comes to a close with “The Toronto Blue Jays”, a near five-minute shuffling jam that brings the band closer in touch with both acid rock and the blues all at once. Where “Teach Me How To Dance” and “Fresh Pocket” may be most indicative of The Wrong Brothers’ sound, “The Toronto Blues Jays” is them at their most ambitious as they explore expanded songwriting structures, textures and tones to deliver quite the trip.

Strange Machines is a really fun and unique record that sounds like nothing else that is being created in Ontario – perhaps even the country as a whole. The Wrong Brothers strike at gold on their recorded debut with an absolute must listen to record.