Home / Festivals & Events / The 5 most anticipated sets of Osheaga 2018

The 5 most anticipated sets of Osheaga 2018 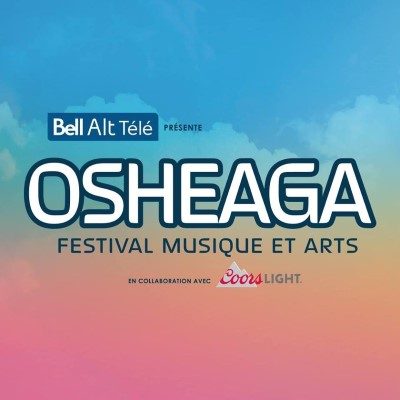 Canada Day has just passed, which means that the next exciting long weekend coming up is Osheaga! With about 3 weeks left until the festival, here is a list of our 5 most anticipated sets this year.

Annie Clark is a living proof that the future of rock might be female. Better known as St Vincent, the American musician has been charming crowds around the world with her carefully-crafted, highly-aesthetic “Fear the Future” tour. As one of the highest-rated shows this year, a fierce, feminist, and rock and roll is something we are truly looking forward to as part of the Osheaga experience!

After a sold-out performance at MTelus back in February, and an incredible set at Osheaga, we are looking forward to seeing Tyler, The Creator perform on Saturday. On his last tour, the American rapper showed a new side of his talent with “Flower Boy”, and his incredible stage setup of growing trees, logs and greenery is something we hope he will bring to the main stage.

Back in 2014, the British indie band Arctic Monkeys headlined Osheaga shortly after releasing their album “AM”. The performance was one of the bests of that year’s festival, leaving the crowd wanting for more. This year, Alex Turner and his band are back with a new album, “Tranquility Base Hotel & Casino”, and we cannot wait to hear it live during the 2nd night of Osheaga!

The English singer’s last album, “Electric Light”, released earlier this year, was a definite jump from his previous album “The Chaos and The Calm”. James Bay switched the guitar-heavy, mostly acoustic ballads to a much more upbeat and rock-and-roll sound. He also is fantastic guitarist and performer, so watching him evolve into this new style on stage is something for the festival-goers to look forward to!

The American Hip-Hop 15-member boyband has been generating hype and buzz around their live performances. However, following Ameer Vann’s departure from the group (due to sexual misconduct allegations), the collective decided to take a break and re-group. Now, their summer tour is back on, their presence at Osheaga has been confirmed, and the group performed without Vann on The Tonight Show earlier this week. We are really looking forward to seeing the group perform their new content (which got postponed after Vann’s departure), and what the next phase of Brockhampton will look like.

Osheaga 2018 will take place in Montreal from August 3rd to 5th. 3-day passes and 1-day passes are available for sale: https://www.osheaga.com/