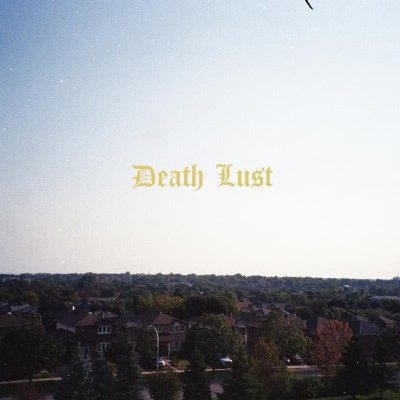 Fearless. Poetic. Emotionally charged.— Ontario’s Chastity is slicing through the music scene, labelling themselves as not “another punk band that can operate at only one speed.” Having shared stages with names such as METZ, Chelsea Wolfe, and Fucked Up, Chastity works to bridge isolation with collectivity and to resonate with the youth of today.

Since signing with Brooklyn label Captured Tracks, Chastity has released two singles, an EP, and re-released demos, all in anticipation of Death Lust. Their first full-length album, Death Lust is a 10-track cyclone of energy that never once pauses for breath.

From the clashing, hair-raising drawing back of the curtain that is “Children”, Chastity combines the best of Wolf Alice and Nothing But Thieves and makes it completely their own. From the husky, slow-swaying “Heaven Hell Anywhere Else” to the severe, true-to-its-roots “Choke”, fans of the genre will throw their hands up in celebration for this phenomenal and heartfelt release.