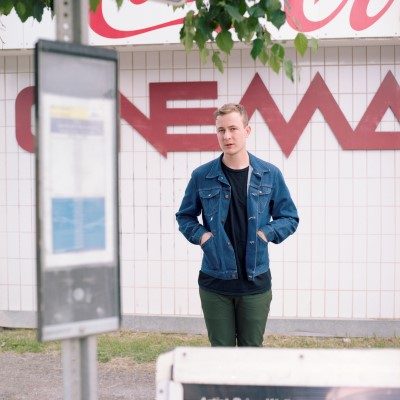 Whitehorse, YK-based artist, Rob Dickson has released a brand new single, “Water Rushing In” which is from a new set of songs that he wrote after his debut album was released in 2016. Check it out below and find out more about Rob in our Five Questions With segment.

My name is Rob Dickson and I’m a songwriter, singer and guitarist based in Whitehorse, Yukon.

I often write while I’m travelling, moving from place to place. It helps me to keep moving and just sing non-words to myself or play something on guitar. When I have a melody,  I’ll start writing some words to match the feel of the music. The words tend to come a little differently every time, but usually pretty quickly in one or two sittings. I often spend a lot of time revising the lyrics to make them as strong as possible and changing around the passages in the song to find a structure that is interesting to me.

For someone who has yet to see you live, how would you explain your live performance? Do you have any upcoming shows?

I guess I’m a bit of a shy person, and my performances are usually very intimate. There is a quiet intensity about the performance and many of my early songs are droney and melodic. Lately, I have noticed I tend to match the performance to the feel of a room. I’ve been writing more rock tunes that have made it onto this new record and they can get pretty noisy and fun as well.

I’ll be playing in a bunch of towns between from Montreal to Toronto for my album release starting at the end of August.

I really like the song Water Rushing In, I think it captures a lot of elements on my new record really well.