Interview – Which Witch is Which 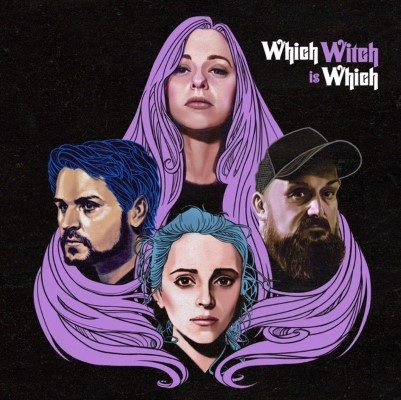 We caught up with Moncton, NB-based Which Witch is Which in advance of their performance at Moncton’s own Mud City Meltdown which will be taking place from July 24-28, 2018. Take a few moments and find out more about the band, the upcoming festival and more! If you want to check out Mud City Meltdown later this month, grab your tickets HERE.

For Which Witch is Which it is. A couple of us have played before with previous bands, as a one-off reunion show and that type of thing.

The promotion is certainly great!  The biggest thing for us is definitely the chance to play in front of a new audience who may not have checked us out otherwise.

Well, I think that comes back to what we were saying about the new audience.  People will have bought tickets to see one of the other acts, or us, and discover other amazing bands as part of the process.

It varies from member to member as we have pretty diverse tastes. The Sadies are Canadian legends so that’s probably are at the top of our list.  The Surfrajettes is going to be insanely fun. Our pals Piss Horse and Spew grew up on Sacrifice and now they’ll be playing with them so that’s obviously exciting!  We’re super happy The Phone Jerks and Weekend Dads are going to be on the bill with us as we love those guys.

There are so many great Canadian bands that don’t make it this far East very often.  Shadowy Men on a Shadowy Planet would be incredible, Forgotten Rebels, Skinny Puppy…

Absolutely, we’re all huge music fans first so we’ve travelled to hit festivals as well as gone to local ones.

The atmosphere and the band lineups.  A lot of people kinda end up going unrecognized for all the hard work they put the whole thing together.  There’s always a fun vibe at festivals because people get to see so many rad bands in one spot.  Then you get to hang out with cool people who are into the same stuff in between.  That work by the organizers keeping things flowing and just makes for a good experience for fans.

We would use witchcraft to resurrect David Bowie as well as the classic lineups of The Ramones and Motörhead.  Then we’d add ourselves to say we played with them.

Well, there’s any major city, that’d be the easy answer.  Actually for the Maritimes though, Moncton is actually a great spot to hold massive concerts and festivals.  It’s right in the middle of every other city in the Maritimes.

We just finished playing No Funswick this weekend, which is a super fun punk festival. We love everyone involved.  Mud City Meltdown will be our last festival this summer then we’ll be off to promote the new album everywhere.  Super stoked to hit Newfoundland again, great crowd and great people.

A killer lineup of kickass bands.  We know we’ll all be riding high as it’s our album release show is a part of Mud City Meltdown. We’ve had an amazing 2018 so far and this should be the party of the year!