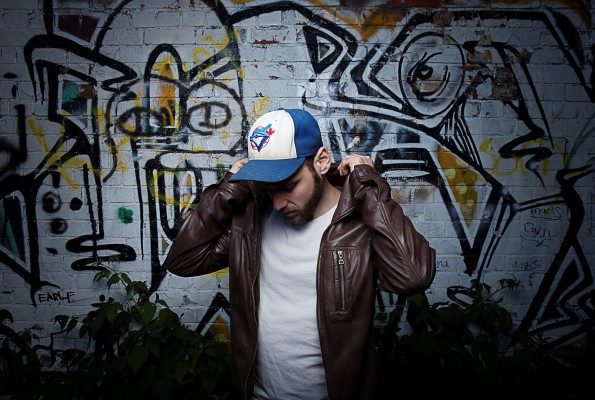 We recently had a chat with Toronto-based recording artist Steve Lewin. Steve will be releasing his fourth EP, Trajectory on July 27, 2018, and it will be available worldwide. Last month, he released a lyric video for the title track, “Built to Collapse”. If you’re in Toronto, you can catch Steve performing at The Cameron House on August 10. Check out the video below and find out more about Steve in our Five Questions With segment.

Hi readers! Nice to meet you, I’m Steve Lewin. I’m a Toronto-based recording artist, producer, and multi-instrumentalist. I’m about to put out my fourth EP entitled Trajectory. I’ve been writing songs and playing music for a couple decades which has led me to do some cool things over the years like tour Europe and the UK, and have my music appear in some in film and television. I’m excited to see what challenges and opportunities my new record brings and hope you find something on it that pleases your ears.

I grew up listening to a lot of alternative rock, grunge, and Britpop and I think I’ve ended up melding them together in a way that’s accessible for most listeners. I hear the words “90s” and “British” a lot; I don’t know though, as an artist, it’s pretty much just what comes out of me rather than a conscious decision. The most important thing for me while writing is that the song can stand on its own with one instrument and a vocal. When producing the album, I’ll play drums, bass, piano, guitars, and whatever else I feel the song warrants to fill it out and give it more hooks and a full band sound, but the song needs to be strong enough to stand on its own to even see its way into the studio.

I’ll be performing at The Cameron House in Toronto on Friday, August 10. My performances can vary from stripped down intimate acoustic to full rock show with support from my backing band. The August 10 show will be the latter. Fun is paramount and we don’t take things too seriously. I’m more concerned with everyone on stage being in the moment and having fun with it than being meticulous. When you do that, you have full control and then everyone in the room is having fun too.

Oh no, only one? My songs cover a lot of ground style-wise, so I guess it depends what you’re into, but I suppose I should plug the single I just released, “Built to Collapse”. When the record comes out, some fans may gravitate towards “I Won’t Break” or “Standing Still” though. Wait, I just picked three, didn’t I?

That’s a tough one, there are so many great Canadian bands and artists. I’ve always liked Wintersleep and still revisit their first couple records often, but I have to give mention to The Zolas. I love what they’re doing.