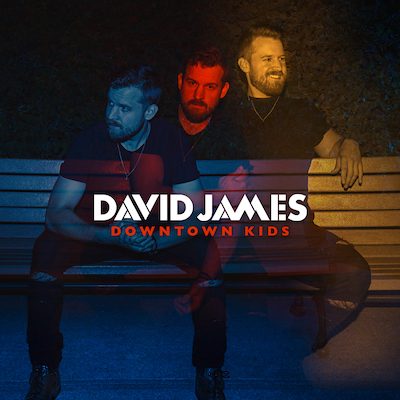 Canadian country artist and multiple CCMA Award nominated David James is celebrating quite the milestone!  His latest single, “Downtown Kids” (MDM Recordings Inc./Universal Music Canada) has just surpassed one million streams since its debut on April 27th.  This song highlights the ‘good old days, of the wild abandon of being young and carefree growing up in a small town’.  You can check out the official video below (directed by Stephano Barberis)

“As an artist, my goal has always been to create music that really resonates with people. To see that ‘Downtown Kids’ has become a part of the soundtrack to people’s day has been so gratifying, and I’m so proud to break the one million stream plateau – for the first time in my career – in only a few months.”

As a thank you to fans, radio and media for all the support, James has released a digital cocktail book titled “Downtown Drinks”, highlighting his love of mixology with some of his favourite drink recipes and creations.  SIGN UP for your own free copy of “Downtown Drinks” HERE.

Be sure to follow James on his socials to learn where he will perform next.  He recently marked his second appearance at Dauphin’s Countryfest and will be headlining a set at Blue Mountain Village’s Country Crossroads on July 21st.