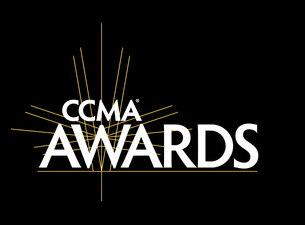 For many in the Canadian Country Music Industry, CCMA Nomination Day is a big deal. It’s the day that all the hard work pays off for the best of the best. Not just for the Artist Awards, it also includes the Musicians, Radio and Industry Awards. Today, The Canadian Country Music Association (CCMA) has announced the full list of 2018 CCMA Award nominees. Leading the race with six nominations each are three-time Female Artist of the Year winner, Jess Moskaluke and reigning Male Artist of the Year, Brett Kissel.

Taking home three awards in 2017, Dallas Smith has earned four 2018 CCMA Award nominations today: Apple Music Fans’ Choice Award, Male Artist of the Year, Single of the Year and Video of the Year. Smith has also been announced as a performer for the 2018 CCMA Awards show which will broadcast live from Hamilton, ON on September 9.

Voting for the Apple Music Fans’ Choice Award is now open at ccma.org. Canadian country music fans have three ways to vote for this prestigious award. All rules and regulations for the voting process can also be found on the website.

To note: To view a complete listing of the 2018 CCMA Awards nominees please visit ccma.org.

The 2018 CCMA Award Show will broadcast live from Hamilton, ON on CBC and cbcmusic.ca/ccmas on Sunday, September 9 at 8:00 p.m. EST. Tune in this September to see the winners live in action!

Tickets to the 2018 CCMA Awards Show are available for purchase in-person at the FirstOntario Centre Box Office and online at ticketmaster.ca. For each ticket sold, $1 will go directly to the MusicCounts in support of their year-round music initiatives.

For more information on the CCMA and the 2018 CCMA Awards please visit ccma.org.

Did you favourite Artists get nominated?

Here are the Artist Awards Categories: