The Sorority releases video for “Wildin'” 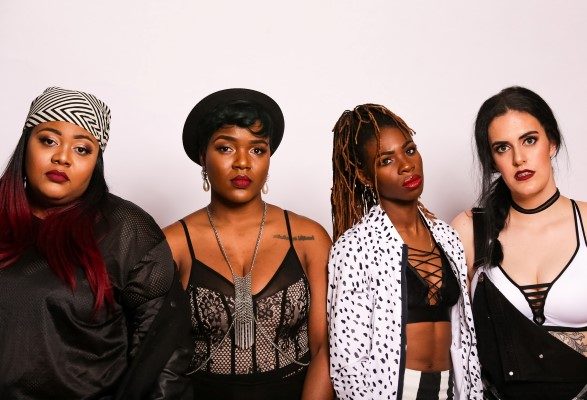 Toronto’s own The Sorority has released a brand new video for their single, “Wildin'” which is from their debut full-length album, Pledge which was released earlier this year.

Lex Leosis shares on the video,

“The video was so much fun to create. It was Keysha who came up with the concept, but it was actually for a different song. As we began storyboarding and laying out the plan we felt that vision was perfect for Wildin’. When we dropped the album [Pledge], the reaction for Wildin’ was so positive that we decided it was the one.”

Keysha also comments about the video for “Wildin'”,

“Creating this video was an absolute blast. The song has a really dope energy and we wanted visuals that complimented that. I think the comedic tone in the visuals make the song as a whole, that much better. The relationship between lyrics and what’s happening in the video are spot on. We know y’all will enjoy this.”

Check out the video, and keep up to date with the band via their socials.