Scotty Kipfer Taking His Time As A Solo Artist 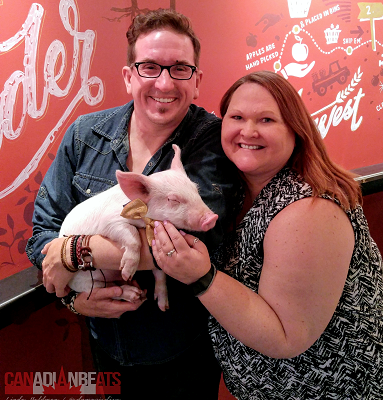 Scotty Kipfer was born with a love of music. However, his career as a solo artist has been a long time in the making. His story is a fascinating journey that has lead him to learning how to play multiple instruments, perform with his dad, at a young age, in his hometown Legion Band, working in radio, artist development and management, song writing, touring as a guitarist with Bobby Wills and Ryan Laird and so much more.

On June 15th, three years of hard work lead to the release of Kipfer’s first solo project, Taking My Time. The album had an overwhelming success and debuted at #8 on the iTunes Country Charts. His first single from the album, ”Falling Like The Rain” was picked up by radio stations across the country and has gained momentum.

While on a cross-Canada radio tour, Kipfer unexpectedly found a pig at the side of the highway. This little guy, whom Kipfer has named Peter Porker, has become his best buddy. The two have gained attention on social media with their heart-warming story.

In this interview, I met up with Kipfer at the Thornbury Village Cider House & Brewery where we talked about all this and got to meet Peter Porker too!