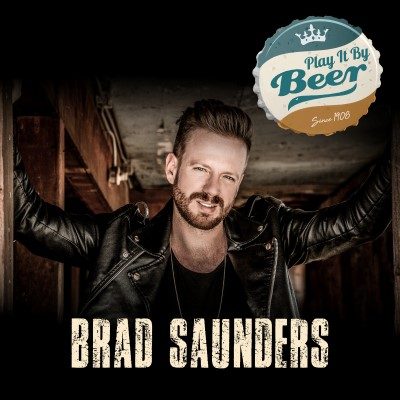 July 9 was a big day for Calgary, Alberta, country music artist, Brad Saunders. This was the day his new single “Play it by Beer” was released to Canadian country radio. And, this was soon after Saunders won the grand prize for the Alberta Music’s Project WILD artist development program and returned home from Nashville where he did some songwriting.

Not only is this tune his strongest release to date, it’s also going to be a huge summer anthem for many. Saunders, along with CCMA Award winner Dan Swinimer and Jeff Johnson wrote “Play it by Beer.” It was recorded at Calgary’s OCL Studios and was produced by Spencer Cheyne (Brett Kissel, Chad Brownlee, Leaving Thomas, Mackenzie Porter) and Justin Kudding (The Washboard Union, Jim Cuddy, Brett Kissel) and mixed by Jordan Oorbek.

This summer is a very busy one for Saunders. Not only will he be performing at shows in Calgary throughout The Stampede and in BC, he’ll also be travelling across Canada on his radio tour (in partnership with Big Rock Brewery). Saunders is performing at three country music festivals (Sunfest Country Music Festival on August 2, Big Valley Jamboree on August 5 and Country Thunder on August 19). Check out his website for a full list of his tour dates.

“Play it by Beer” will be available on all major streaming platforms on August 3.

For a full list of tour dates and more info on his new release, visit his website below.