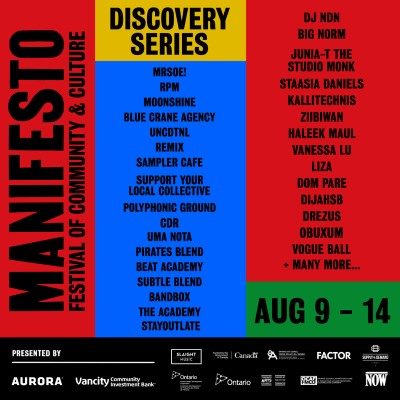 The Manifesto Discovery Series will feature a variety of genre-spanning artists including Drezus, LIZA, Junia-T, and so much more.