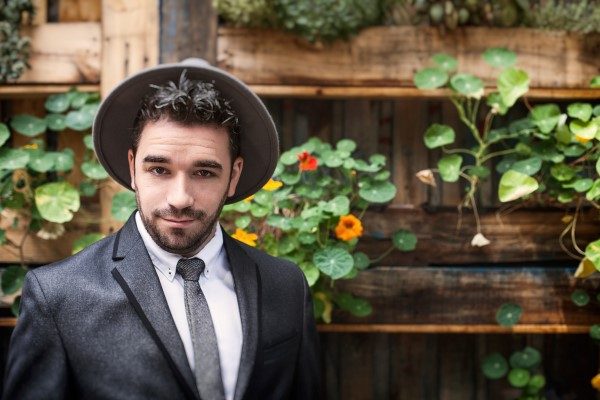 First of all, thank you for your time. How are you feeling ahead of your July 6th show?

That one is a noon-hour show so it’s a bit early for a jazz musician, but that being said I’m really looking forward to singing at the Toronto Reference Library again. I’ve found that there are always excellent listeners there!

On top of that, you’re scheduled to be performing weekly at the Jazz Bistro in Toronto until late August with a rotating list of artists. What are you most looking forward to about those performances?

Sharing the stage with these artists who I so greatly respect and admire! Each week, in tribute to these “Jazz Giants” the program will include famous songs and hidden gems so as we speak I’m having fun researching and learning new tunes. Musically I’m most looking forward to singing some duets with my guests – there will be two duets in each show – one to end each set. In jazz, you never quite know where the song will go and how it will end, and that’s what keeps it fresh and exciting – because duets are more rare and often un-rehearsed I find them that much fuller of surprises.

From the long list of talent you’re set to share a stage with this summer, which do you think will create the most interesting and entertaining contrast to you?

That’s a tough one! Each of these guests inspire me in some way. If I had to single one out, it would be Laura Hubert (tribute to Dinah Washington, July 31) who is one of my favourite singers in Canada. Best-known for her work with the JUNO-winning alternative rock band Leslie Spit Treeo, she has been singing old jazz, blues and country songs for many years now and I have been to her gigs in the front row literally hundreds of times. Able to deeply convey tragedy and comedy, she is an amazing entertainer with superb musical instincts, and one of the most gutsy, honest interpreters of lyrics I have ever heard.

Additionally, can you tell us a bit more about where you are musically? Are you currently writing or recording, or are you focusing on live shows right now?

This summer I’ll be focused on these live “Jazz Giants” shows at Jazz Bistro, and in the fall I have some cool festivals booked here in Canada including the Sudbury Jazz Festival (www.jazzsudbury.com) and the Kensington Market Jazz Festival (www.kensingtonjazz.com) as well as an exciting debut in Tangier, Morocco (www.tanjazz.org). I’m also working with my team on setting up shows in honour of Nat King Cole for 2019 which is his centenary year. While I’m not recording my next album yet, I’m in the writing stage and it is an exciting project unlike anything I’ve ever tackled. Stay tuned!

And where did the inspiration for making Nathaniel: A Tribute to Nat King Cole a visual album emerge from? Was it always visualized as one, or was that an idea that evolved?

This project started out as a traditional CD, and after we finished recording my team and I decided to take the plunge and make it the first ever visual album in the jazz genre! The idea came following the success of my music video for “Clap on the 2 and the 4” which won awards and was screened at 15 festivals around the world. This project couldn’t have happened without the support of my fans, who helped raise the funds via our PledgeMusic campaign. I have loved music videos since my teens when I was obsessed with the MuchMusic countdown. The artist I’ve always admired on the music video front is Björk – she is my favourite musician, in the world, I confess – and she taught me early on that a music video can be just as much a work of art as any song.

What about the inspiration behind the use of Claymation and puppetry?

Our visual album gives each song an individual treatment, so it is more like “a collection of music videos” in a sense. For “Darling Je Vous Aime Beaucoup” we went with a documentary, “Keep it Simple” is a lyric video, “Lillette” features dance and others like “Sweetheart” and “Nature Boy” are more traditional narrative. The songs “Sting of the Cactus” and “Bibimbap” are more fun and in gearing them to an all-ages audience we thought it would be cool to give them an animation treatment. We were lucky to find two outstanding directors – Bekky O’Neil who is the daughter of my friend, fashion icon Jeanne Beker, for “Sting of the Cactus,” and a great talent I’ve never met in person, Bristol UK’s Heather Colbert for “Bibimbap.” In both cases, the producer of the Visual Album Leonardo Dell’Anno and I gave the directors a basic concept and an abundance of artistic freedom to do what they wanted with it. We are so grateful to them for the hard work and dedication, which yielded amazing results. “Bibimbap” was nominated for “Best Animated Video” at the Paris International Music Video Underground Festival, and screened at several festivals worldwide including Arthouse Asia in India and the GUKIFF International Kids Film Festival in Seoul, Korea. “Sting of the Cactus” has over 138,000 hits on YouTube, been screened at 20 festivals to date and has won 5 awards including “Best Animation Music Video” at the LA Music Video Awards, a Platinum Reel Awards at the Nevada International Film Festival and “Best Music Video” at both the Rincon International Film Festival and the Open World Toronto Film Festival.

For you personally, what would you say was your best track off the album and why?

I’d say that the duet with Sheila Jordan, “Straighten Up and Fly Right” is my favourite, as it was a dream come true to record with a woman who I regard as one of my greatest inspirations in life. Sheila, who will be 90 years old this November, sees herself as a “jazz ambassador,” devoting her life to singing, teaching and representing this music around the world. As a musician she is endlessly creative, purely genuine and always in the moment. It was an unforgettable experience to be in the studio with her and watch her bring something new to each and every take. Making the music video for that song was endless fun too – we spent a blazing hot day in Coney Island – Sheila is like my spiritual grandmother and I’m grateful beyond words that she is part of this project.

Looking forward to playing more shows and connecting with new audiences! The music business may seem crazier than it has ever been, but when I’m on stage it always makes sense and there’s no place I’d rather be than in the company of inspiring musicians, playing for audiences that appreciate what we do.