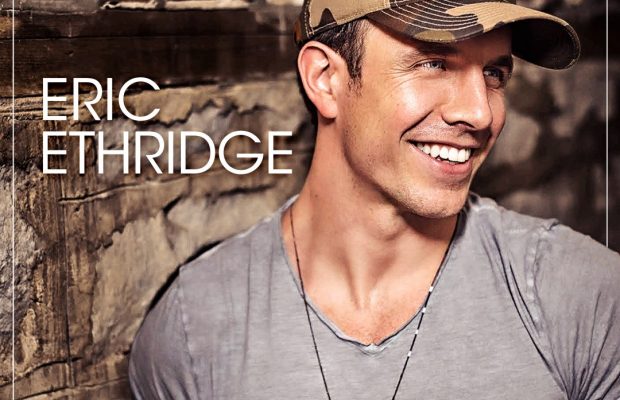 I’m not sure about you, but every time I’m delving into an unknown album – no matter the artist – there’s always an underlying anticipation of listening to something new. Every new album gives us the opportunity to find songs that could potentially become the soundtrack of our lives. And yes, I know that’s a bold statement, but after listening to Eric Ethridge‘s brand new self-titled EP, it’s very possible for that to happen.

I think what surprised me the most was finding myself singing along to a song without much thought. It took me a minute to realize I was singing a popular pop song of my youth and memories instantly came flooding back. “California” was made popular in 2001 (smack dab in the middle of my teenage years), and I never thought I’d hear it again – and in a different format. I love how Eric manages to take a song that was popular in the past and put his own twist on it. That was something I wasn’t expecting but totally fell for.

That doesn’t discount the rest of the EP, however. I was really drawn to “If I Had You” and “Girl on Fire” not only because of the lyrics but the way everything came together to create a catchy and original song. I can picture these songs on top 40 stations and Country, and being versatile in this day and age is definitely a plus.

His first hit “Liquor’s Calling the Shots” was released back in March of 2017, but made his fame earlier on after releasing a series of orchestra country-pop covers in 2015, one of which garnered the attention of Rolling Stone Magazine. And in 2016 he was selected by a panel of 45 industry professionals from across Canada to be one of the top six finalists for the CCMA Discovery Program.

So as I spin this EP yet again for the umpteenth time, you should definitely take a listen. Maybe you’ll find a new song to like, or even better a new artist to love. Eric has something special that needs to be shared with Canada and the rest of the world.

Check out his most recent video for “Makin’ Me Crazy: