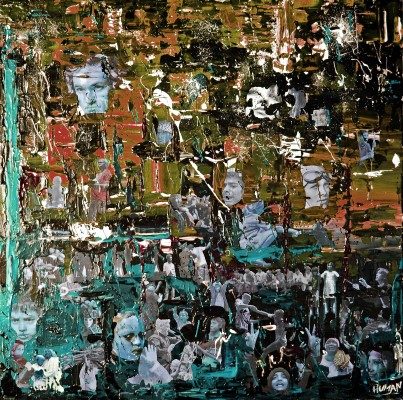 Independent Toronto artist Andrew La Tona is notorious for breaking down the barriers between the genres of funk, cinematic, punk, ambient, rock, jazz, and alternative, and his new album, Human, is no exception. An 8-track commentary on today’s political and social climate, Human blends La Tona’s distaste for elitism with his musical daredevil-ism.

Opening track “Leader” sets the tone with La Tona’s husky vocals, an arrangement that intertwines prog and pop, and an undeniable magnetism that carries throughout the entirety of the album. From drum-heavy, OK GO-esque “Power and Prowess” to colourful, distinctly electronic late-album track “So Long to the Human Race”, Human will keep its listeners on their toes.

Fearlessly original, imaginative, and lyrically impressive, Human is a must-listen for anyone seeking anything fresh this summer.