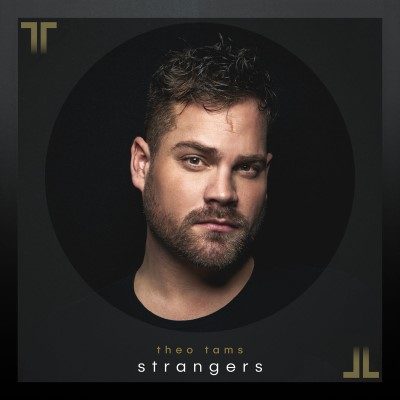 Winner of the sixth season of Canadian Idol, singer-songwriter Theo Tams has released his reflective new single, “Strangers”. Long-heralded as progressive, down-to-earth, and a flexible lyricist, Tams is taking cues from stars like Adele and Sam Smith in his rawest track yet.

First of all, thank you for taking the time to chat today.

How long have you been working on the single?

Strangers is a relatively new song. I wrote it during one of my trips to Montreal while working with producer Gautier Marinof. It was one of the easier songs to write for sure, I think we had it down in a couple hours.

“Strangers” is said to ‘emphasize the ups and downs of a relationship’ and ‘fully express’ yourself as an artist. What exactly was the inspiration behind it, and why did you choose it to be a single?

I always write from personal experience, it’s the only way I know how… at the end of the day, relationships are hard, they’re a lot of work! Even though they are a beautiful thing, sometimes they are also heartbreaking. “Strangers” touches on that- the moments in a relationship where you begin to feel you don’t know each other at all. For me, it was an obvious choice for a single because I think it showcases a lot of growth, not just sonically, but lyrically as well. It’s kind of the first taste of the new music to come.

Now, your upcoming EP, Call The Doctor, is due out this September. How do you think it differs from previous releases like Back Pocket or Give It All Away?

“Call The Doctor” is the most intimate project I’ve done, and I’m really proud of that. It’s devastatingly honest and I really wanted to focus on allowing myself to write from the parts of me that are most vulnerable. I think there is a lot of strength in that. The biggest difference between this album and the others is that I really was able to collaborate with people who understood my vision of the project and who loved what that vision was. Vulnerable, emotive, and intimate; and finding soul and strength within all that encompasses.

Could you tell us if you currently have shows slotted, or if you’re focusing on recording right now?

Now that the single is out, there will definitely be more shows coming up. I’m performing the single on the Global Morning Show on July 20th which is always a lot of fun. We are working on some late summer tour dates as well.

On a slightly different note, aside from Canadian Idol, what do you consider to be the most important experiences of your career? Whether that be downfalls that you learned from, successes that surprised yourself, or breakthroughs that you think shaped your musicianship.

Idol was an incredible experience but sometimes I think people forget that it was 10 years ago for me. So much has changed, and I’ve done a lot of growing up. After the show, I think I hit a bit of self-destructive period and couldn’t quite cope with the pressure of the industry all while moving across the country and trying to build another support network. There have been a few failed relationships along the way, some left more bruises than others. I guess I’ve just really learned how to rely on myself a lot more, trust myself more, and really choose who I let into my life. That’s been a hard thing to learn but I’m getting there haha. Travelling has always inspired me as well; years ago I was fortunate enough to have travelled to Afghanistan to sing for our troops over there which was an incredible experience, India still holds a special place in my heart, and just this past winter spent a few weeks in Europe. Amsterdam and Paris are incredibly beautiful, I love meeting new people and learning new ways of doing things; it helps me stay out of my own way…

And how do you think those experiences helped shape and create both “Strangers” and Call The Doctor?

Finally, what about “Strangers” do you think fans will be most excited about?

It is new and different for me but still 100% in the vein of exactly who I am; the person I’ve grown into and the artist I’m becoming. It’s also a super fun song to sing along to and I wanna hear everyone’s take on it!