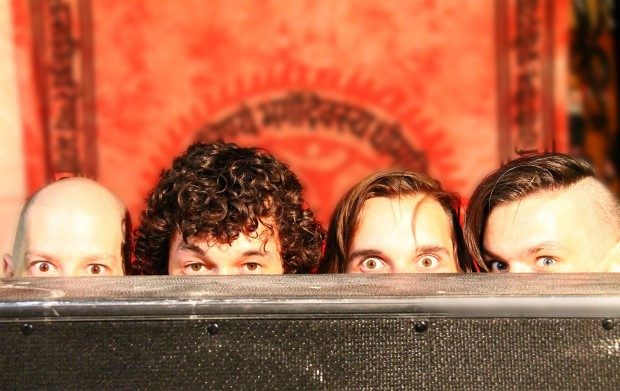 If you’re a fan of bands like Mastodon, Led Zeppelin, and Pink Floyd, then most certainly going to love this band. Dizzy Mystics, a band from Winnipeg, MB have been on the scene since 2015 and have just released their third single “Diamond Duller” described as “The most hard-hitting and jarring of the songs off the band’s debut album.” The release date for their upcoming album, The Wanderlost has not yet been revealed, but stay tuned.

The song gives you that throwback vibe of those early 70s rock records you would find in your dad’s vinyl collection. When life was greener, colours were brighter, and then blended with this new age metal riff. It’s definitely a song I would recommend adding to your playlist this summer.

The debut album that has been quoted as “The concept of being lost in oneself; sonically traversing through a plethora of genres and elements”. The album was self-recorded; mixed by John Paul Peters (Private Ear Recording, Winnipeg); mastered by Ed Brooks (Resonant Mastering, Seattle). The artwork for the record was created by artist Ben Duncan.

Dizzy Mystics, unfortunately, have no shows scheduled at this time but stay up-to-date with the band on their socials below.