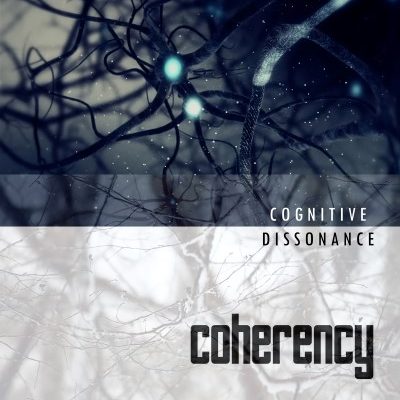 Full Review: If you want something done right, you should do it yourself.

I opened the Cancer Bats’ review for The Spark That Moves (check that one out as well!) with the same line.   So joyous to see the DIY aesthetic alive and well, and how convenient for me I didn’t have to think of a different review opening.

(Perhaps because this is being written during a road trip, there are numerous soundtrack references in the following album description.  I went back to change them, but chose not to, among other phrases I most likely should have changed.  They are properly labelled, dear reader, so don’t fear!)

Cognitive Dissonance kicks off with “Mental Breakdown” opening with big guitar rock riffs in a mid-tempo feel, like The Pursuit of Happiness if they were writing a tune for the Calgary Stampede wrestling soundtrack being performed by Alice in Chains.  Big guitars!  Big snare! Big tune!

“Apathy” is a solid driving hard rock in the style of Bad Religion mixed with the Headstones.  An upfront Sons of Freedom bass tone creates an early 90s edge and keeps the track on track (I should reword that but so don’t want to…).  Drums and guitars blend well with distinct tones and great over-all mix.  A tasteful, technical solo adds a burst of nitro bravado to a decidedly driving hard rock tune.

The change of vocal delivery between “Mental Breakdown” and “Apathy” is a refreshing artistic choice, nice way to set up the listener to expect various sonic timbres.   Throughout the record, listeners discover, as they continue to…listen… (again, I should change that but won’t), Brenden Claypool does an impressive job of diversifying his vocal delivery by using a variety of tones and melodic phrasing.

Over-all, Coherency does a great job of being displaying their influences while retaining their own sound.   Wordy examples to follow.

The track “Just Prior to a Super Nova” is No Means No writing a song for Age of Electric if Mike Patton was the vocalist and, continuing with the Mike Patton theme, “Nine Pound Virus” is Alice and Chains jamming with Faith No More.  “Bleed” is a driving, Grand Theft Auto soundtrack song written by Nirvana, performed by Alice in Chains with the groovy guitar riff being played by Dimebag Darrell.

“Here for Now” is the Forgotten Rebels song on the record with a quick hard rock vocal delivery bridge.  A thousand times yes!

“Shape of the Mold” is the Social Distortion moment on the record, with its straight-ahead hard rock delivery with southern riff vibe and “Addiction Affliction” continues the Alice in Chains sound with a good crunchy rock tune that is simultaneously retro and current.

The albums  closer “The Deadly Embrace”, also the longest  running tune at 5:35, is the encapsulation of the 90s era hard /heavy/alt rock, transitioning between mid-tempo jam and bigger rock sections with the dramatic scaled back ending, a great closing tune to send listeners home after a great set.

The song lengths on Cognitive Dissonance gives the record a Johnny Thunders and the Heartbreakers punk vibe with a hard rock aesthetic, a good mix of strong, rock tunes with solid arrangements.

In describing the new record, Coherency says, “…there is something for everyone. Cognitive Dissonance explores shared experiences and the need to connect, yet we all live on an island inside our own heads. While no one can truly understand each other’s isolated realities, this is Coherency’s attempt. This is Cognitive Dissonance.”

An apt description for a great rock record!  Check it out today!