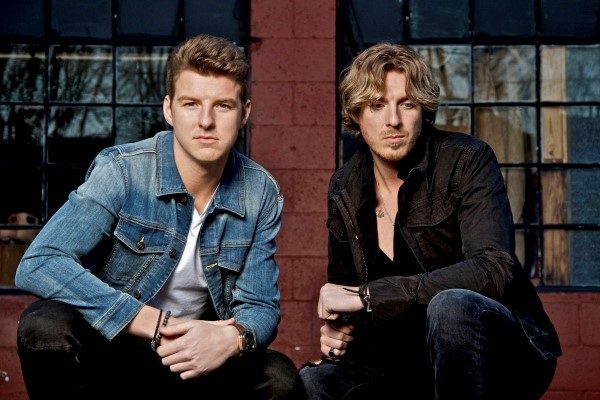 Cavendish Beach Music Festival kicks off on July 6 until July 9 in Cavendish, PEI. The talent that is set to play is overwhelming, but we have round up a few of the artists/ bands to chat with us in a countdown to the big event. We started things off with three-piece country/ southern rock band, The Road Hammers, then brother-sister duo, The Reklaws, Ontario’s Shae Dupuy, and now we’re on to Transcona, MB brother’s Tom and Jason, known as Petric!

We are Petric. We are brothers, Tom and Jason, And we hail from Transcona, a small suburb on the east side of Winnipeg

Everything about Cavendish Beach Music Fest and PEI is very very special. The whole province is like one big small town. The people are amazing, and they take a lot of pride in their home! One of the best festivals we’ve been apart of.

Anywhere that has lobster!

All of them! What a line-up! It’ll fun to see the James Barker boys! Big fan of those guys

We use to do Dauphins Countryfest when we first graduated high school. Were big country music fans, and it was always a lot of fun to drink beer, hang out with some of our best friends, and check out a whole weekend full of amazing artists

We send a few more emails to get organized for festivals haha but as a band, nothing changes. We always want to bring a good energy, and have fun.

Nope, as long as we feel our fans can have fun at our shows!

We’ve still yet to see a Sam Hunt show, so he’d have to be on there!

Every small town festival in Canada! Small towns know how to party.

We get the opportunity to play Calgary Stampede, Boots and Hearts, and Dauphins Countryfest, Boothill Jamboree, and the Tweed Stampede this year!