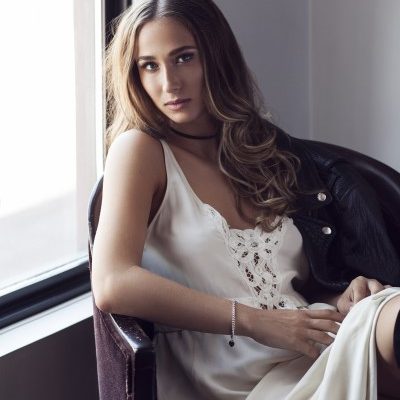 Cavendish Beach Music Festival kicks off on July 6 until July 9 in Cavendish, PEI. The talent that is set to play is overwhelming, but we have round up a few of the artists/ bands to chat with us in a countdown to the big event. We started things off with three-piece country/ southern rock band, The Road Hammers, then brother-sister duo, The Reklaws, and now we’re on to Ontario’s own Shae Dupuy.

Hey guys I’m Shae! I’m a Canadian singer-songwriter born in BC, raised in Ontario and current splitting my time between Cambridge, Ontario and Nashville, TN.

The Green Gable house! I’m a bookworm and I loved Anne of Green Gables so I think checking out the place that inspired it would be pretty cool.

I’m really excited to see Brett Eldredge. I saw him open up for Keith Urban years ago when he was first starting out so I’m excited to see where he’s at now!

I have! I think just the atmosphere was the best part for me. Everybody coming together for a weekend of good music, I really loved that.

I think with a festival there’s a lot of things going on all at once, whereas when you’re doing a one-off show, you get peoples attention for an hour or two and that’s it. So I always try and keep things a little bit more upbeat and fun to grab people attention.

A little, I try and do the crowd favourite and a few more covers than normal so if people don’t know my stuff, they’ll at least be able to sing along at some point in my set!

That’s a tough question… I’d probably have Maren Morris, Brothers Osborne, Luke Combs just to name a few. There’s so many I could pick but those are the artists I have on repeat at the moment.

There’s a festival in California that’s the country equivalent of Coachella called Stage Coach, I think that’s up there on the bucket list of places to play.

No just Cavendish, which makes me so much more excited for it.

I’ve been writing so much over the last year putting together the best songs I can and working towards my next album. I’ll be heading back into the studio soon. That’s all I can say as of now!