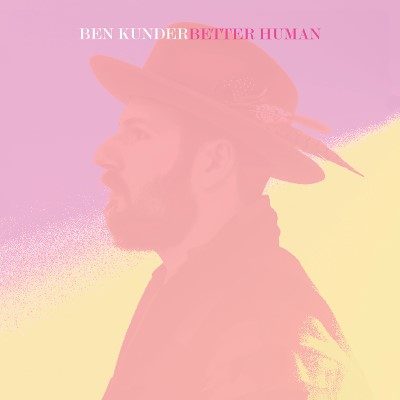 Toronto singer-songwriter Ben Kunder is back with his latest album Better Human. Teaming up with engineer/producer Aaron Goldstein, they recorded the album at Baldwin Street Sound in the heart of downtown Toronto, bringing on a few big names in the process including Arkells drummer Tim Oxford and keyboardist Anthony Carone.

Through the nine well-curated songs, Kunder tells many stories; stories of self-discovery and acceptance (“Better Human”), balancing relationships and being alone (“Fight For Time”), and the gift of children (“Night Sky”). There is a warmth surrounding every guitar strum; his voice radiates with a unique tone that takes it beyond a typical singer-songwriter sound. Every line comes from his heart and soul – like we are privileged to listen to the soundtrack of his life, both the darkness and the light.

Ben Kunder follows his last critically-acclaimed album Golden with a masterfully crafted, soul-tapping new collection of songs that will ignite warmth, sympathy and joy when heard. He continues to open himself up to his listeners with the music he creates. Better Human is a true joy to listen to.