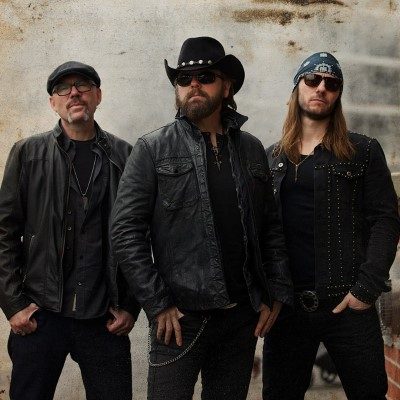 Cavendish Beach Music Festival kicks off on July 6 until July 9 in Cavendish, PEI. The talent that is set to play is overwhelming, but we have round up a few of the artists/ bands to chat with us in a countdown to the big event. We’re starting things off with three-piece country/ southern rock band, The Road Hammers. Enjoy!

Jason McCoy 2 x CCMA Male Vocalist of the Year, and lead singer/founder of 3 x and reining CCMA Group of the Year,  The Road Hammers.

Like the song says, The Road Hammers have been everywhere and seen a good bit of PEI over the years, but this year, I’d like to check out the Cavendish Cliffs….kinda wanna go out there super early in the morning, and just drink a coffee while the sun comes up…PEI has an understated beauty, and the cliffs seem to sum it all up.

We toured Australia with Chase Rice last year, so it’ll be cool to hang, and all of our Canadian brothers and sisters, Dallas Smith, Meghan Patrick, Terri Clark…Canadian Country…best there is!

For sure,…we’re music fans first and foremost. The cool part about watching music at a festival is experiencing the open air vibe with thousands of other music fans…it’s feeling the collective energy in the air, nothing like it.

Both settings are awesome, but festivals just seem to have a true, unfiltered atmosphere…it’s all in God’s country, the sounds of the guitars bouncing off the trees, feel of the breeze, open sky…. the way it was meant to be.

Absolutely..it’s the biggest party of the year, gotta have the right tunes….gotta bring the A game.

We’ve been lucky to play festivals all over the world…China, France, Germany, Australia…all through the USA, and of course one of our faves, Cavendish Beach Music Fest…I think it’d be pretty cool to fire it up at Bonnaroo though, just get back to our roots, 4 piece country rock band, turn it up, have some fun…

We’ve got a busy summer coast to coast…we’ll be returning to the Calgary Stampede, Dauphin MB etc, we’ve pretty much played ’em all….it’s hard to pick a fave, but CBMF is definitely one of the top faves…awesome people, beautiful scenery…hard to beat.

We’ve just released our greatest hits Vinyl Album – TRH, 10 Big Truckin’ Hits, and we’re celebrating by giving away one LP each week for 10 weeks this summer…we’re pumped about that….we’ve been writing a lot, so were also ready to get back in the studio this fall…we can’t wait to get some new music out to our Hammer Fans…Hammer Heads, we wouldn’t be anywhere without you, can’t wait to see ya’ll in PEI.