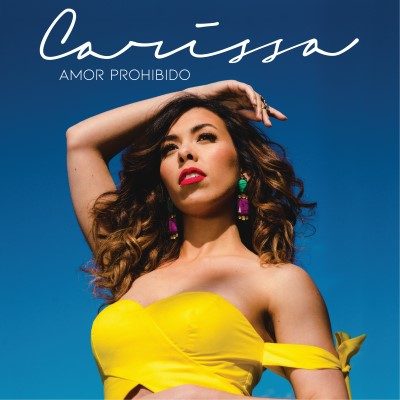 Vales takes each song on the EP in her own artistic direction. Being familiar with the music of Selena, I was beyond impressed how Vales took both “Amor Prohibodo” and “Como la Flor” and managed to turn them into beautiful acoustic ballads. There are certain artists that are impossible to cover without being highly criticized because of the legacy attached to their music, and Selena is one of them. Vales respectfully crafts her versions of these two songs and only adds to the beautiful legacy left by Selena. After listening to “Amor Prohibodo” and “Como la Flor,” you can tell these two songs were a labour of love. Vales carries her vocals in such a delicate way, emphasizing on the lyrics and the raw emotion of each song. I think that Selena would give these versions her own stamp of approval if she could.

Vales also pays her respect to Shakira, Marisela, Luis Fonsi & Daddy Yankee, and even Cyndi Lauper by creating special arrangements of their hits. “Perro Fiel” features fellow artist Tiffany Cristina. The two blend their vocals seamlessly to turn “Perro Fiel” into a beautiful track. “A Cambio de Que” was a major hit for Marisela back in 1985 and has been covered from time to time by many artists. Vales adds her version of the classic song to blend with the strong tracks she selected for this EP. There is no doubt that “Despacito” has been a huge hit for Fonsi and Yankee. Vales takes the song in a new direction and turns the song into something smooth and sexy. You can’t help but want to dance and move to this new version of “Despacito.” Another one of my favourites on this EP was “Girls Just Wanna Have Fun (Spanish Version).” There is no denying that Lauper’s version is amazing, but Vales performing the hit in Spanish gives you a new appreciation for the classic “girl anthem.”

It is refreshing to hear Vales in this acoustic setting. We love her danceable material, but this EP gives you a chance to fall in love with her voice all over again. There is something about her voice when Vales performs in Spanish that gives you goosebumps. You can hear the passion in her voice, the desire, and the emotion in each song on this EP. Amor Prohibodo gives you a taste of just what this young artist has to offer and why she is one of Canada’s most versatile and talented new artists. This summer, Vales will continue to be busy performing as part of Etienne Drapeau’s show, Fiesta. The show will run throughout the province of Quebec. Vales will also be performing a solo show on August 25 in St-Jean-sur-Richelieu, QC. Currently, Vales will continue to work in the studio during her downtime. Vales is working on original material to be released this fall in addition to a few new projects as an actress.