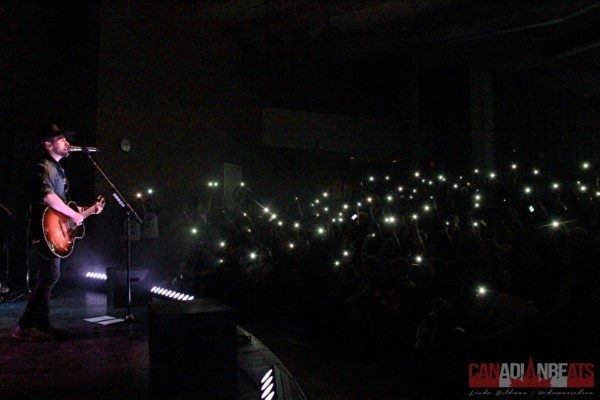 As promised, Brett Kissel has announced the new dates for part 2 of his successful We Were That Song Tour. The tour continues in the month of September after a busy summer season and continues his nation-wide sweep to include at least one tour stop in every single province and territory. From January to March Kissel has already performed 50 plus shows across Canada and will go on to make this tour one of the most inclusive of his tours.

“My goal for this tour was to play for as many fans as possible. I was so thankful with the response my team got from cities and towns across Canada. Unfortunately, we just didn’t have enough time to fit all the dates into my schedule. I told my agent ‘we just have to organize Part 2 of this tour for the Fall’ so we can hit all the spots we missed in the first quarter of 2018. It seems like we’ve now made this one of, if not the most extensive tours in Canadian music history!” Kissel explains about the tour.

Kissel has already received the Canadian Independent Music AssociationRoad Gold Award for Part 1 of the We Were That Song Tour earlier this year. The award is recognition for a high level of achievement during a touring period. The new award now sits on Kissel’s mantle beside his most recent gold single award for “Cool With That,” which was recently certified Gold while he was on tour.

The newest single from Kissel, “Guitars and Gasoline” is available now to country radio, along with an entertaining music video.  The video was recorded and captured entirely during part 1 of the We Were That Song Tour earlier this year.

Newcomer Dan Davidson, who joined Kissel on the road for most of his tour dates earlier this year, will rejoin the tour again as a special guest on select dates. Tickets are on sale now. You can check out Kissel’s tour page for full details and ticket information. More dates will be announced in the coming weeks.

Related ItemsBrett KisselDan DavidsonGuitars and GasolineRoad Gold AwardtourWarner Music CanadaWe Were That SongWe Were That Song Tour
← Previous Story LOONY releases video for “Warm Weather”
Next Story → Just in time to kick off the summer season and festivals, Sons of Daughters release their single “Can’t Find Love in a Bar”