Shania Twain returns to Canada on her worldwide NOW tour 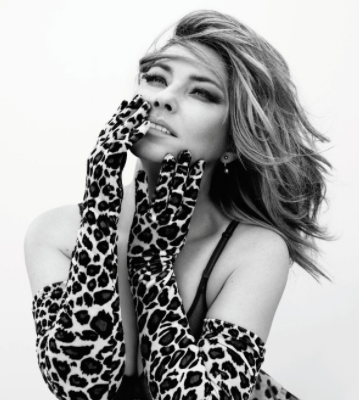 Shania Twain is set to kick off the second leg of her worldwide NOW tour in Ottawa tonight. The tour that was inspired by her more recent studio album, has gone on to be one of the stars biggest run of tour dates. Ottawa marks the first of many more Canadian stops the singer will make throughout the summer season on her tour.

Twain fans planning on attending the Hamilton show on Saturday, June 30will be treated to an extra-special duet performance featuring Shania and Kaylee Tobar-Munoz. Tobar-Munoz is a talented fifth-grader who is part of Shania Kids Can. Shania Kids Can is a charity foundation which works directly with schools offering academic, social, and personal support to children in need. The charity was established in 2010 by Twain in an effort to relieve the economic, social, and personal sufferings of children that she herself lived through as a child.

In addition to a busy touring schedule, Twain will take a break to be the host of the 2018 Canadian Country Music Association Awards at the FirstOntario Centre in Hamilton on Sunday, September 9. The CCMA awards will broadcast live nationwide at 8 p.m. ET (5 p.m. PT) on CBC. The annual award ceremony honours and showcases the biggest names and emerging talent in Canadian country music. The show will feature performances, collaborations and unforgettable moments in country music. One of those moments in particular will be Twain’s acceptance of The Generation Award. Only the second artist to receive this honour, Twain will be celebrated for her significant impact on the country music industry and her unmatchable ability to create mass awareness of country music around the globe.