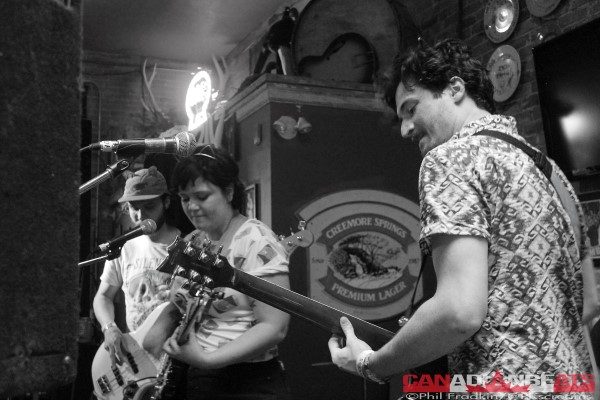 Even with the major rainfall in the early mornings, it didn’t keep fans away from the 4th day of Sled Island. Peach Pyramid was one of the first acts I had gone to check out. Originally from Calgary; the front vocalist and guitarist had moved her surf-inspired dream-pop project to Victoria. Her set was welcomed with warm audiences strolling in during the rainy weather. With heavy reverbed guitars balanced with simple drum beats had pushed her vocal styles out more in a creative twist to surf-pop. 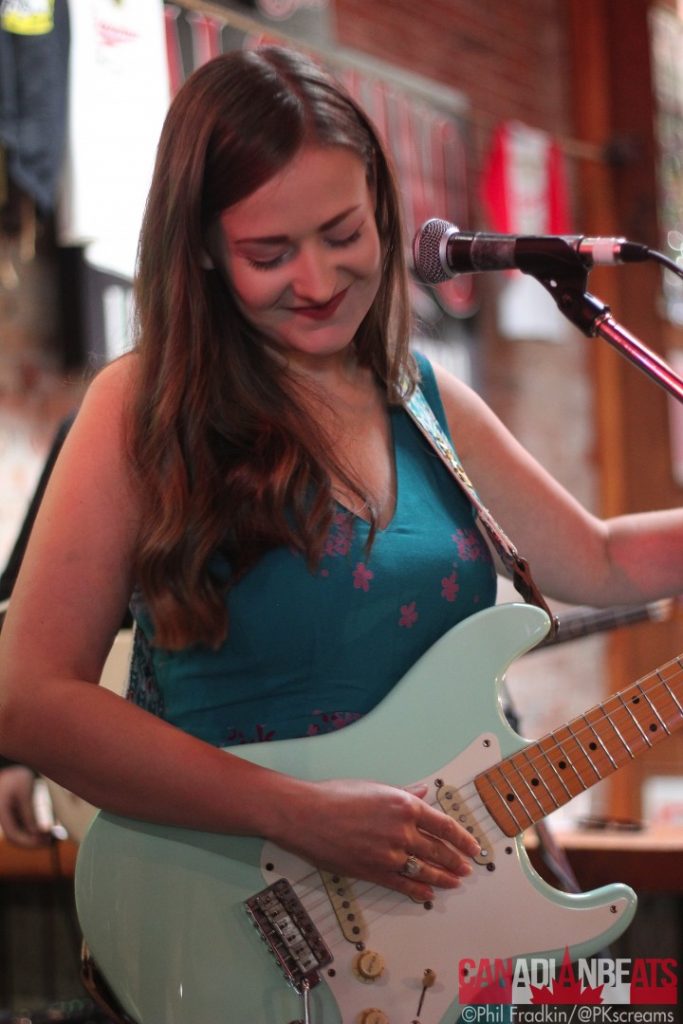 Sled has welcomed an all-ages demographic, including the yearly Sled-Island Block Party. When first arriving at the Block Party, due to the weather people were only slowly arriving just in time to check out the first act. Symfan’s wails her heart-filled lyrics to a more contrasting and laid- back synths. 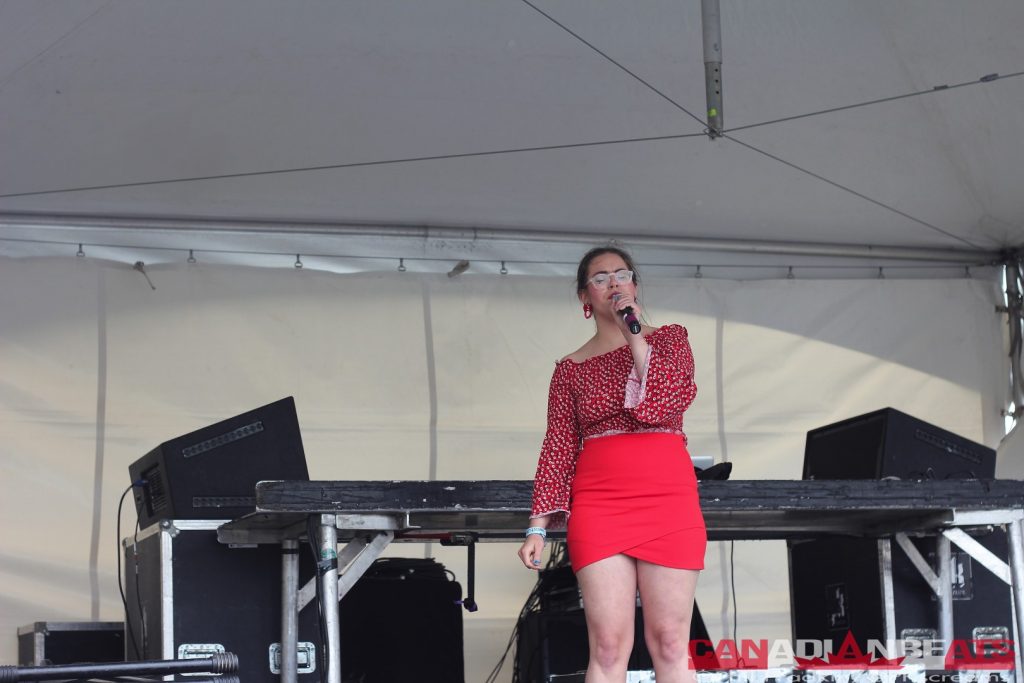 Strangerfamiliar, was another one-musician act. Fronted by Ilichna Morasky whom had used numerous loops through each song but ranged the chaos in a way that gave each a different style. Bringing moods from various countries around the world it had seemed that there was more than Spanish and English lyrics being used. 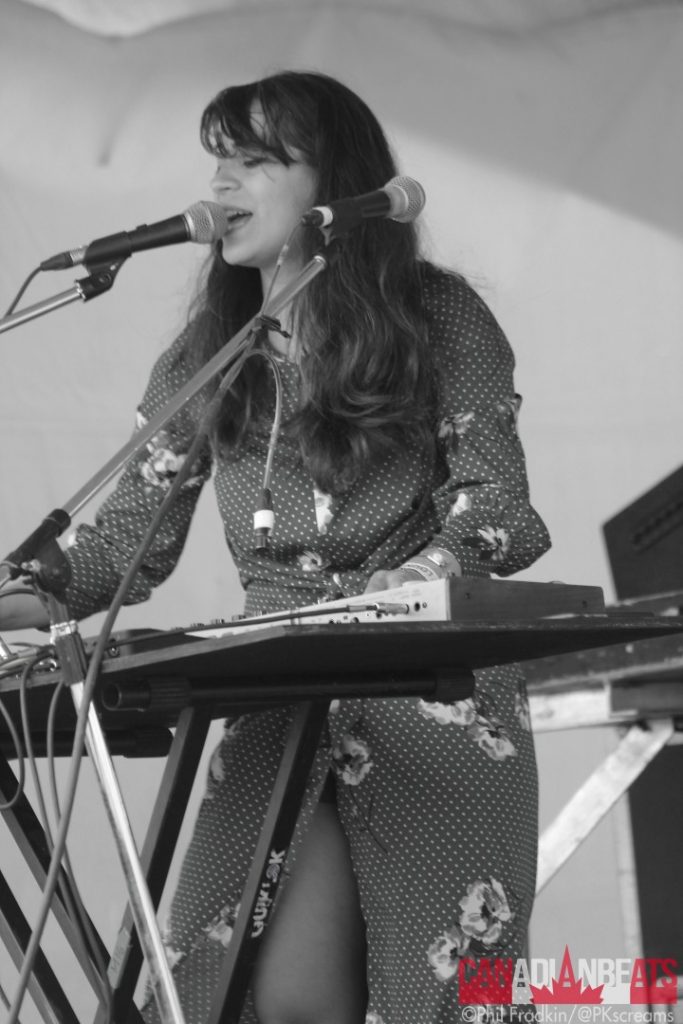 As I arrived back to the Palamino from the Block Party I could hear the chaotic and welcoming noise from Counterfeit Jeans. With the explosive drums and angry guitar riffs, the band had already filled up the bar in preparation for the headlining acts. The three-person act seemed to already be covered in sweat from what was a high energy show from fans and the band alike. 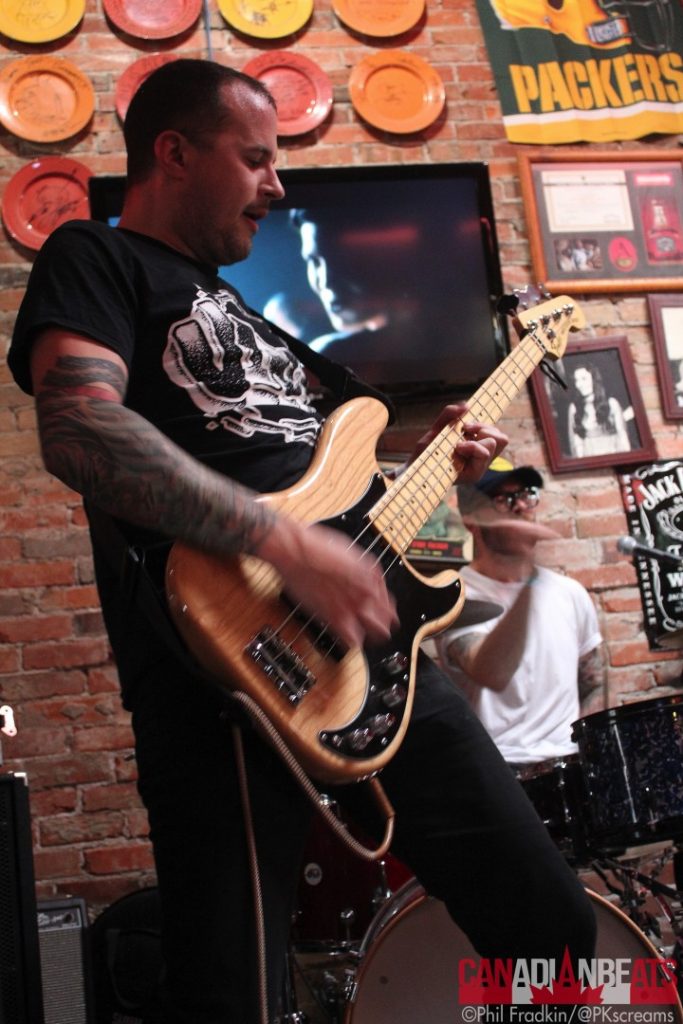 Punk has its generations. This was no different from Solid Freex. The band consists of a  father on drums. While his sons on bass and guitar. This band definitely had shown the audience that music can still be family inspired. Using shrilling vocals, bass filed guitars and cymbal filled guitars the band managed to balance each song to roughly two minutes to keep the audience awake and alert and even more so moving around. 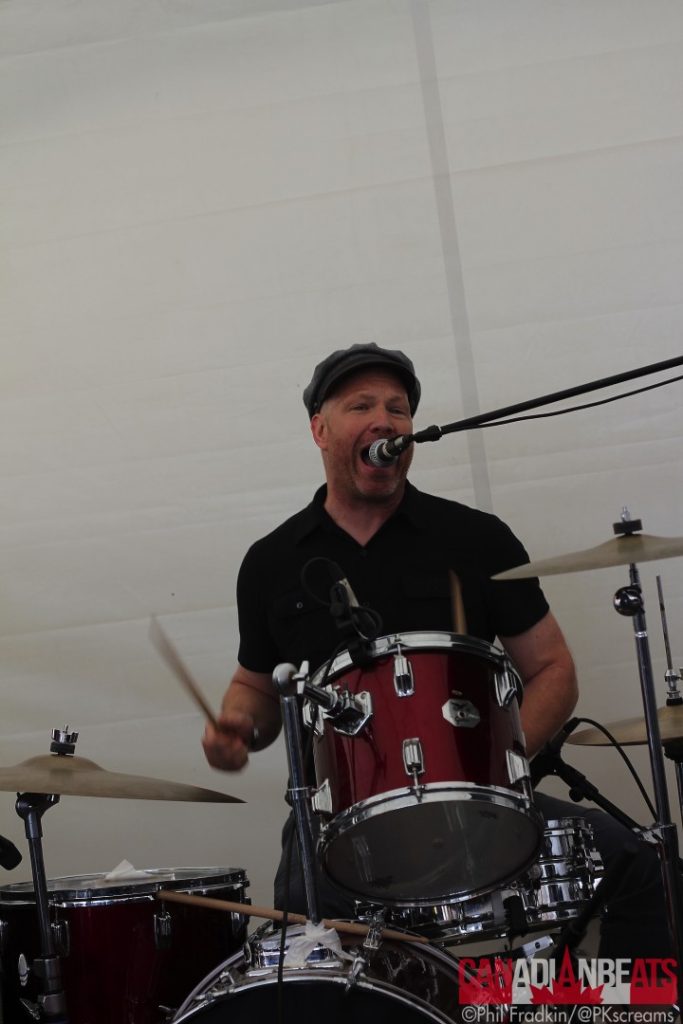 Feed Dog’s set was easily one of the most energetic of the festival this year. Grabbing the audience with hooks and riffs perfect of a bar setting. While vocals just as rough as the instrumentals it definitely had welcomed people up to the stage with curiosity for each new song. 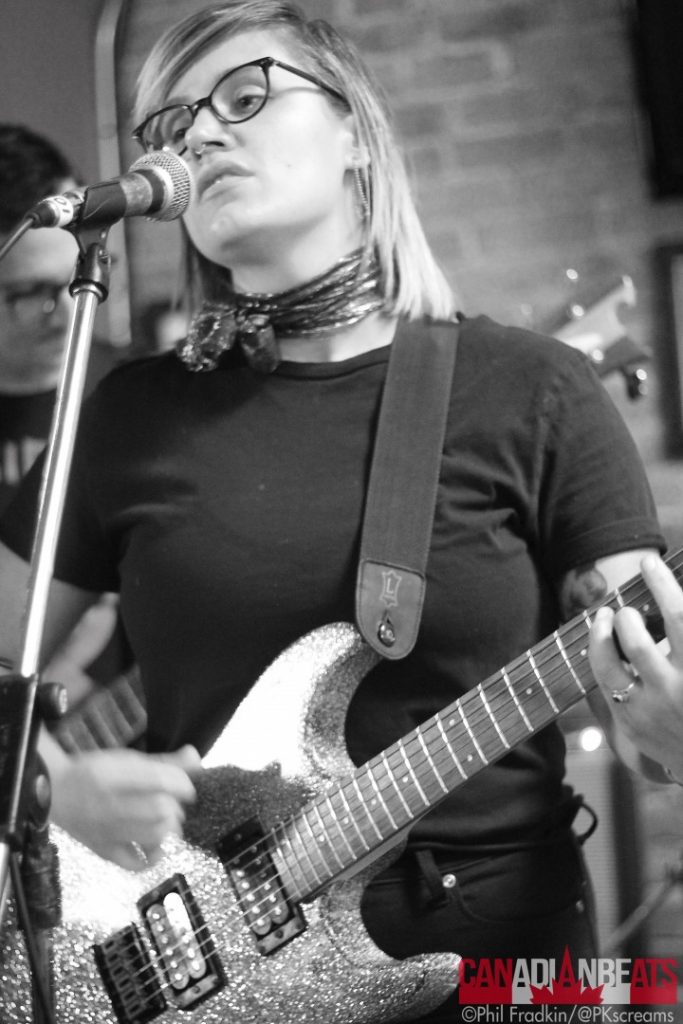 If you were to expect a comfortable and predictable post-punk song from Subjectivity. Think Again. Though grooves from the band and audience members made the set more intimate. The band would throw in a jazzy flair to the just as many stop-start snarling vocals and guitars. With each new song, it seemed to attract a new fan from outside. The band never let anyone feel too comfortable and took each listener by surprise. 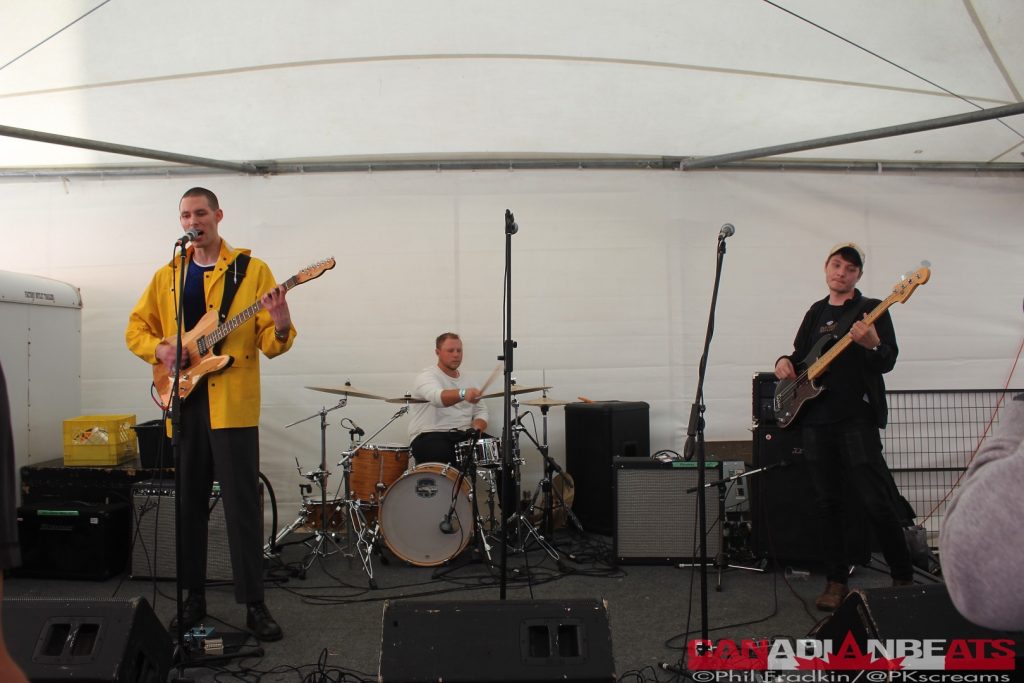 Hailing from Regina. Thrash Hawks had taken the stage. With a name like Thrash Hawks, you would expect a Thrash sound. While that was intimate in a few songs, the band had arrived with just as catchy classic rock songs. With each song being filled with catchy hooks the band’s stage presence was just as charming. 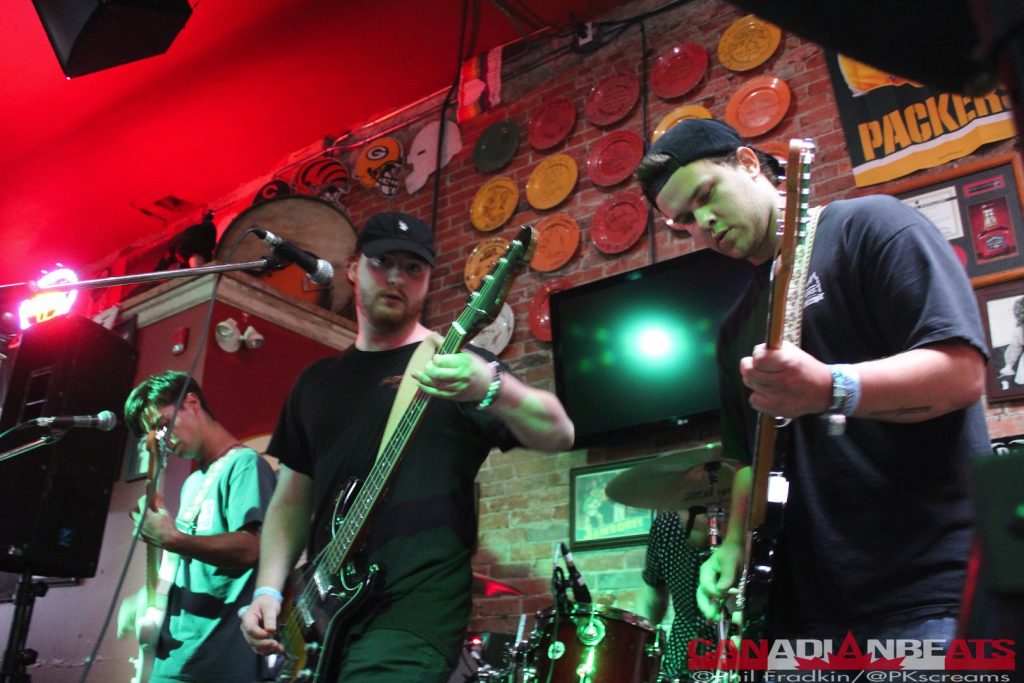 Continuing the twist and manipulation of moods was Vase. While people were arriving from Thrash Hawks set you already felt that they’ve been watched while Vase had mixed their deadpan vocals with the very little guitar mixed into the set. Had calmed the mood of the aggressiveness from Thrash Hawks. 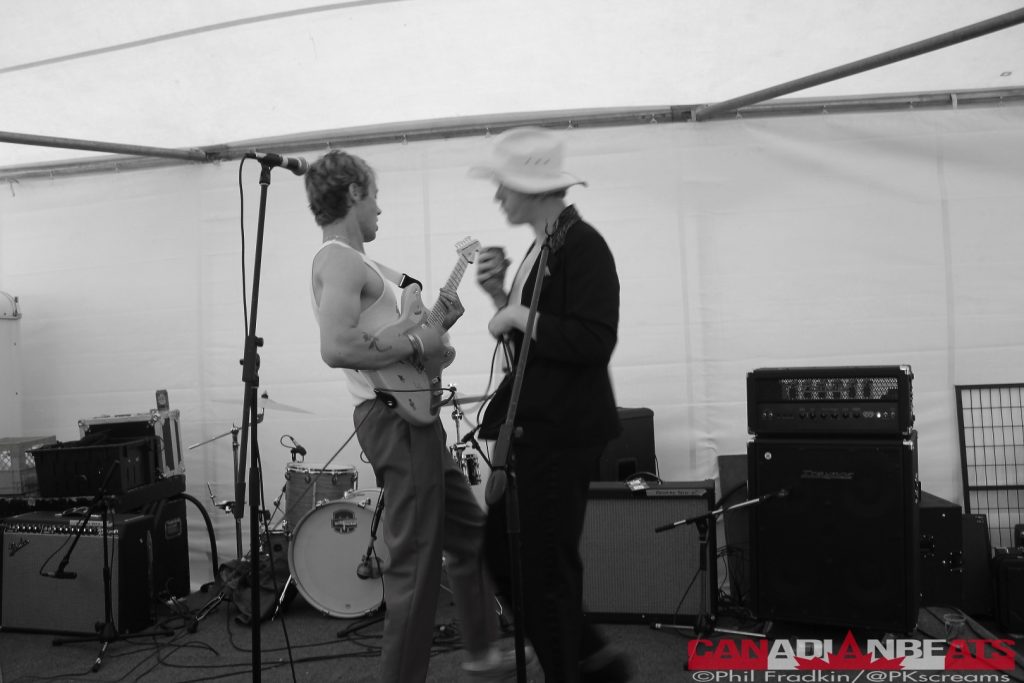 Glum was non-stop moving from the first note. The power-pop trio included ex-members of Freak Heat Waves. Had the crowd rushing the stage with their catchy riffs and just as punchy lyrics. With the instrumental hooks and non-stop partying had everyone dancing for the entire set. 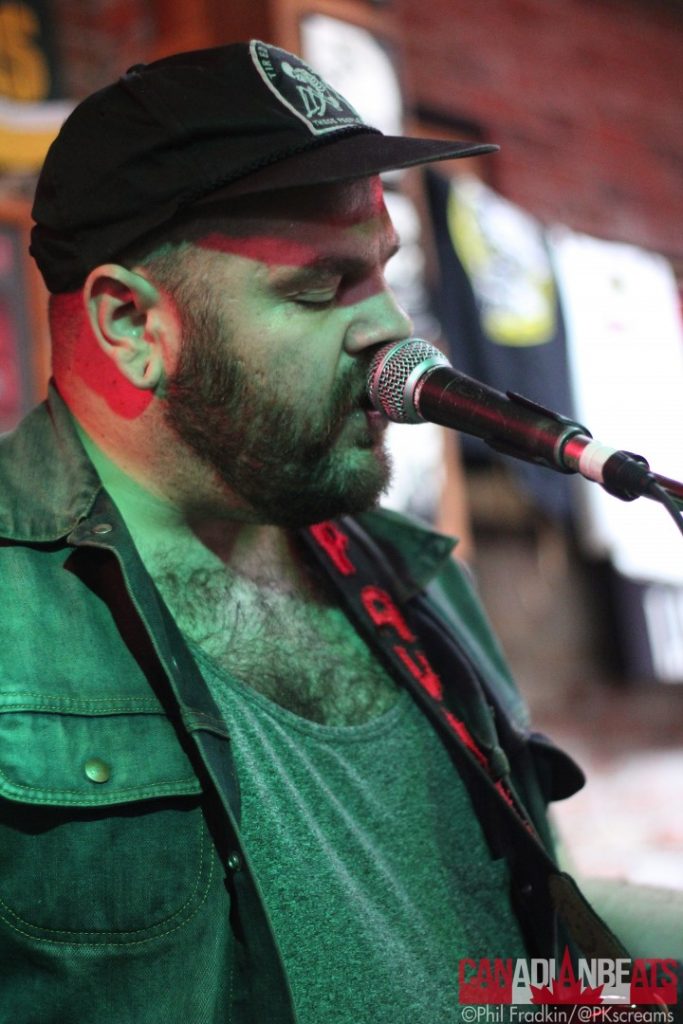 Jo Passed was one of the headliners for the evening. Started off as a one person multi-instrumentals band has grown into a full-fledged four-piece. Ending the night with a wide experimental sound there was no lack of gloomy instrumentals and catchy vocals. Though not a packed show the intimate atmosphere left all fans in awe by the end of the set. 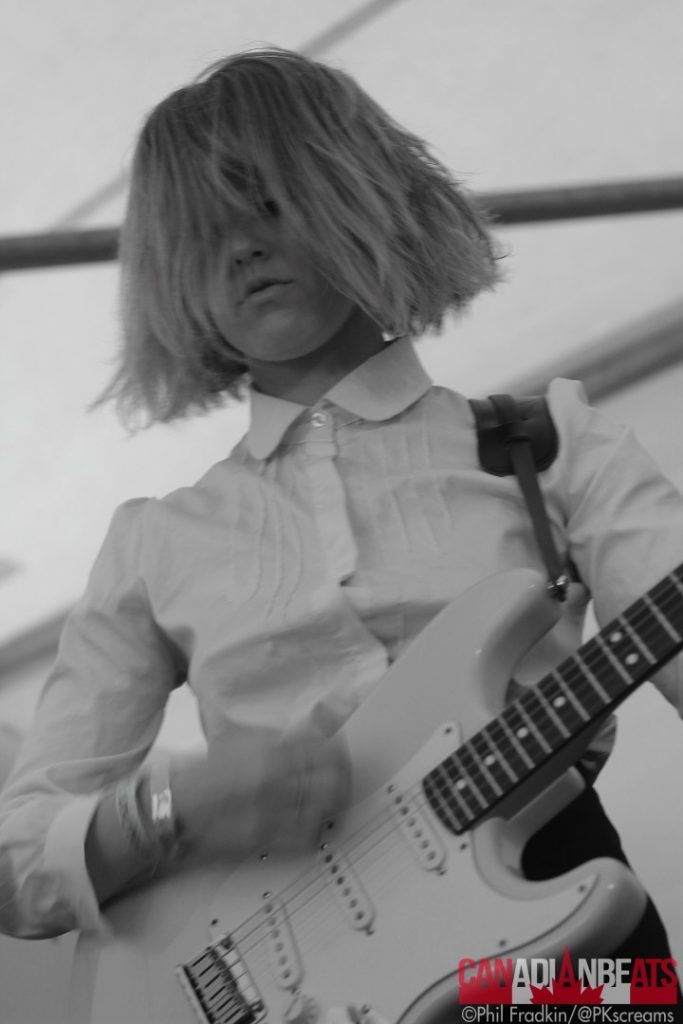 While Jo Passed was jamming and riling up the crowd outside. House Panther is said to make pop music for the anxious people. Which is a perfect image to paint for how easy it was to fill up the bar. Lyrically welcoming everyone with a journal-styled flow on top of 90’s indie rock instruments. The band shows the culture of Sled Island in such a short set with a wide range of styles vocally and instrumentally. 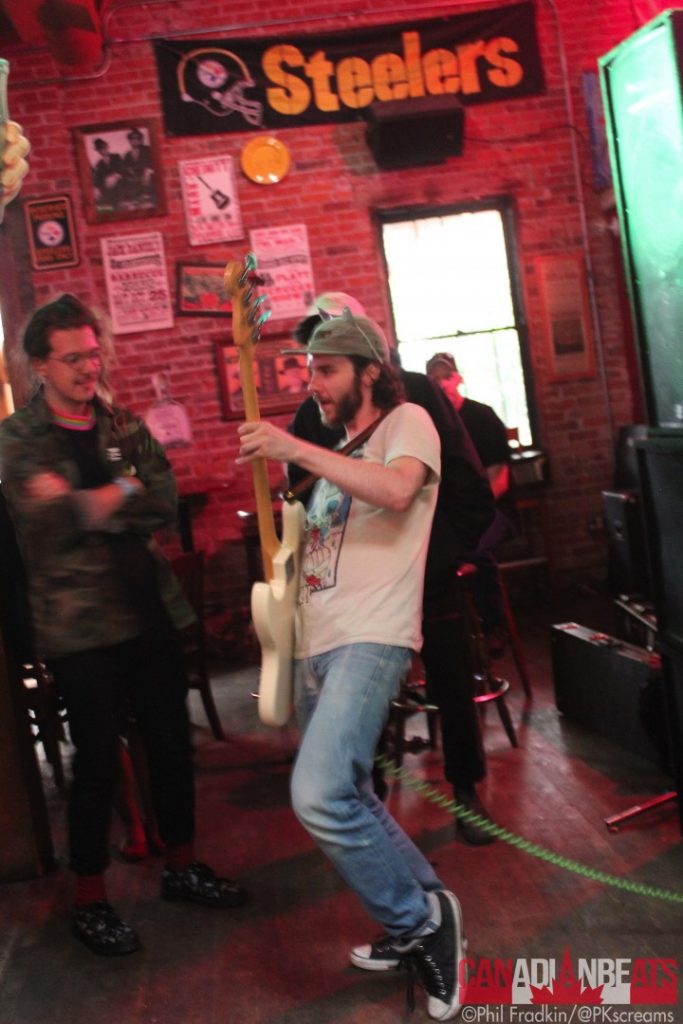 Sled wraps up tomorrow for a final day of art and hangover cures with things like Yoga in the Park, jam sessions with all levels of musicians to wrap up with another bang out show tomorrow night. With so many amazing acts this year Sled Island seems to outdo themselves more and more.