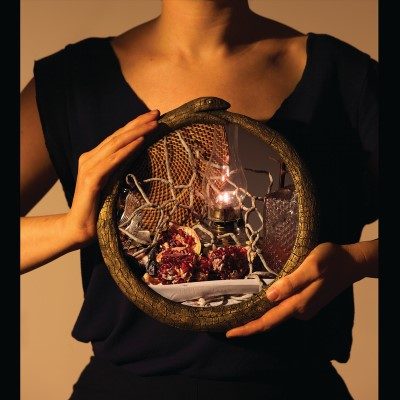 Self-described Folk Soul singer Isla Craig from Toronto stretches her sentiments through 13 lingering tracks on The Becoming. Craig presents an air of spirituality to be uncovered, from the album title to the oversized dream catcher on the cover to the echoes of her a cappella arrangements. After several collaborative projects, this new release is about reflection; how she relates her sense of self to the world around her.

Craig grew up around the music of her organist, pianist and vocalist mother and where she was first exposed to choral music. As a teenager, she coveted R&B albums in the 90s, particularly those of household names like Whitney Houston, who would go on to influence soul music forever. Naturally, the most decadent tracks have Craig expanding the limits of her voice, creating a new contour with every line and looking back to admire each stroke while she crafts the next one. The instrumental arrangements act as a compass, which she sometimes follows and sometimes ignores, often to make way for her own voice to take lead. She does so through unforeseen changes in key or rhythm patterns, as though she’s freed herself from coasting along if she so chooses.

Craig promotes the opportunity for rebirth or improvement through loss. Influenced by hip-hop, she opens “I’m Lost” with a sample of a child talking to herself, half in song and half in speech. “Who Am I” is one of the album’s finest tracks- between the perfect rising harmonies and classic Gospel “oohs” and “ahhs”, she’s made falling apart sound productive, sometimes even desirable. On “The Becoming- the Reprise”, Craig delivers a muted version of the original title track where her singing is hushed and backed by a gentle guitar loop. This is followed by the lively “Birds of Paradise” and the multidimensional  “There is a Hole” which borrows from a Jazz groove until it escalates into a Metal inspired instrumental passage.

The Becoming crackles with newness as Craig searches for her own sound amongst many stylistic influences. This is a mirror image of her search for self-search and for both, there is no formula, only open-ended experimentation.