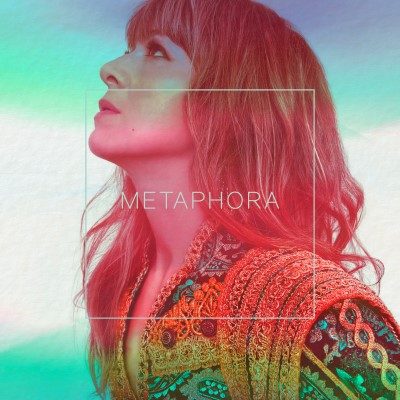 Jill Barber is no stranger to the music scene. Over the years she has released music in many different genres; folk, jazz and R&B. Metaphora shows yet another side of Barber as she boldly enters into the world of contemporary pop music.

Metaphora can be described as “a continuation of Barber’s musical story that confidently tackles everything from issues of empowerment, sexual politics, the complications of love, and depression. It’s introspective and personal. It’s also a dance party.”

The album begins with “The Woman”, a darker sounding song. The track leaves you feeling as if you are amidst a prowl with the urgency and anticipation that follows.  The melody is intriguing, as the guitars are used for texture instead of being the main focus of the track. ‘Cage Without a Key’ can also be described as a darker sounding song, as Barber sings the lyrics “set me free”, leaving you feeling as if she is in a situation that she wishes to be released from. The creative melody of this track adds to the suspense and increases anticipation as you are awaiting the final outcome.

Released as the first single from the album, “Girl’s Gotta Do” shows just one of Barbers many sides. This catchy tune comes complete with lyrics that will leave you singing along. The addition of horns to the music adds a neat, swinging vibe to the song, reminiscent of the big band era.

The theme of love is definitely a common theme throughout the album. “Hooked Your Heart” is the catchy pop song that seems to share about the beginning of a love story- those days when you are still trying to woo your love interest (“I hooked your heart, never gonna come apart”). This song is completed with a good melody and great vocals that are nicely intertwined. “Clumsy Heart” falls into the same category, as she talks about trying to navigate her way through life and love. ‘Love is’ is a feel-good song. The lyrics describe how one may feel about love. The guitar is simple, there’s not at a lot of fancy additions but it fits well. There’s almost a bouncy feel to the melody, like the giddiness one may feel when in love.

One of the big things in today’s society is empowerment, specifically the empowerment of women. Although “Bigger Than You” started off with a popular nightclub music feel, it quickly changed into a pop song with a strong underlying message. It definitely fits right in with the empowerment of women. “I put my hands in the air, I’m not scared, I’m not scared, I’m bigger than you.” Nothing is going to keep her down. She found that surge of strength that she needed to keep going and prove that she was no longer afraid to stand up to those around her.

Most albums have a ballad. For this album it is  “Mercy”, a strong piano-based tune with interesting vocal effects that leaves us feeling hopeful.  This track shows a bit of hope even in the darkest of days. No matter what you may be going through, there will always be brighter days. It serves as a reminder that we are never alone and that there is always help close by.

The album ends with “Hold On”. It seems as if for this ending Barber pulled out all the strings and added the bells and whistles to make it memorable. She went for a big finish by adding in instruments that were not heard throughout the rest of the album. A secondary set of drums was added towards the ending of the song that played a different beat from that of the main drum. The strings added a lot of dimension to the song. The piano shined and carried the song. Overall there was a great use of dynamics, which added a nice close to the album.

There is no questioning it. You definitely need to take some time and listen to this album. You won’t be disappointed!